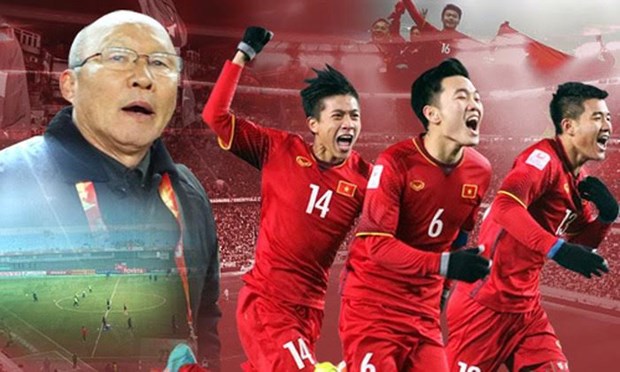 Hanoi (VNA) – All 45 players in the national men's football team received their first shot of COVID-19 vaccine on April 19-20.

According to the Vietnam Football Federation (VFF), vaccinations were adjusted to follow the schedules of the country's professional leagues. The players will receive their second shot in mid-May.

Head coach Park Hang-seo, his assistants, and the team's physicians were vaccinated earlier this month.

The men's squad was vaccinated in preparation for upcoming matches in Group G of the 2022 FIFA World Cup qualifiers in the United Arab Emirates (UAE). 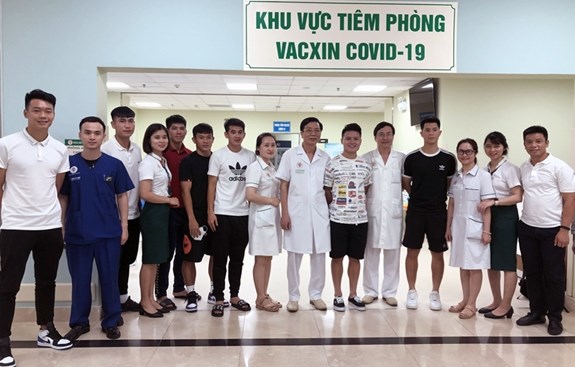 Remaining members of the squad get vaccinated at the Hanoi-based 108 Military Central Hospital (Photo: VFF)

Vietnam will take on Indonesia on June 7 and Malaysia four days later, and then wrap up the qualifying round with a game against hosts UAE on June 15.

Members of the team are set to gather for training on May 10 and will leave for the UAE on May 27./.

Vaccination of national men’s football team completed have 242 words, post on en.vietnamplus.vn at April 20, 2021. This is cached page on VietNam Breaking News. If you want remove this page, please contact us.