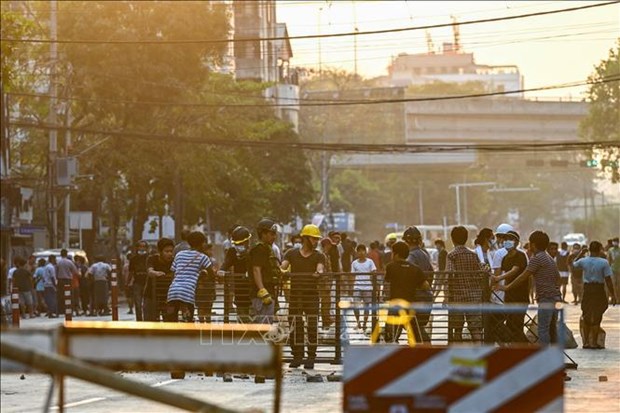 Speaking during a UN Security Council (UNSC) meeting on cooperation between the UN and regional and sub-regional organizations on April 19, Guterres called on regional leaders to bolster efforts towards finding a peaceful solution to the crisis in Myanmar.

In this regard, UN cooperation with ASEAN is vital, he said, as the situation requires a robust international response grounded in a unified regional effort.

"I urge regional actors to leverage their influence to prevent further deterioration and, ultimately, find a peaceful way out of this catastrophe," he stressed.

Meanwhile, Ban Ki-moon also urged leaders to implement immediate joint actions ahead of the Special ASEAN Summit on Myanmar, which is slated for April 24 in Indonesia.

ASEAN should agree to send a high-ranking delegation to Myanmar to connect all concerned parties, he said.

He called on ASEAN leaders to work with the UN to help the people of Myanmar, and urged the UNSC to act resolutely to prevent the situation from becoming more serious in the country.

Myanmar’s Armed Forces Commander-in-Chief Min Aung Hlaing will attend the Special ASEAN Summit on Myanmar in Jakarta. Recently, Myanmar’s neighbours have made efforts to encourage the organisation of negotiations between the parties in Myanmar to resolve the political crisis in this country./.

UN Chief highlights ASEAN’s crucial role in addressing Myanmar crisis have 419 words, post on en.vietnamplus.vn at April 20, 2021. This is cached page on VietNam Breaking News. If you want remove this page, please contact us.