Large crowds of people have been reported at Tan Son Nhat International Airport in Ho Chi Minh City in some recent days as travel demand has increased. Thousands of people lined up at the airport’s security check area on Friday. Long queues were also seen at the check-in desks and the boarding gates.


A passenger, Nguyen Huu Loi said that he was waiting for a flight to Quang Binh Province. He heard that the airport is usually crowded during the morning so his family chose to fly at noon. However, he was shocked to see the crowds.

“We had to queue over 30 minutes to get to the security check,” Loi said. 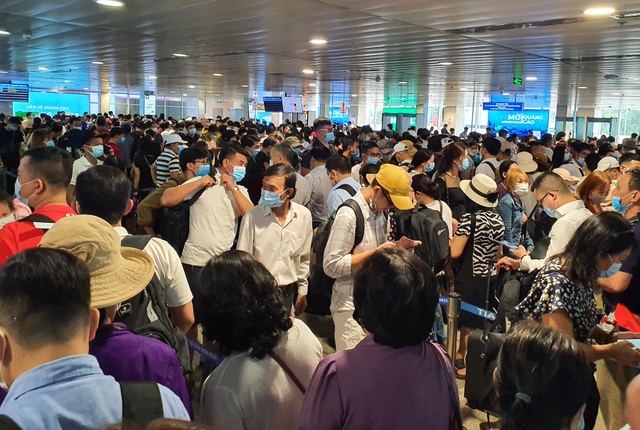 A representative at the airport said that the number of passengers had sharply increased in recent weeks, especially during peak hours.


On Thursday, Tan Son Nhat Airport issued a warning on the rising number of passengers during morning hours and weekends. Passengers are advised to arrive at the airport at least two hours ahead of departure time for check-in. Passengers are also requested to make health declarations and tightly follow other regulations on Covid-19 prevention and control.

HCM City airport faces overcrowding as travel demand surges have 315 words, post on dtinews.vn at April 16, 2021. This is cached page on VietNam Breaking News. If you want remove this page, please contact us.