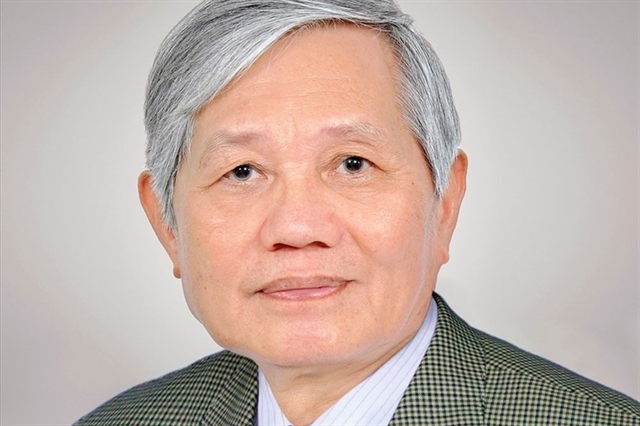 The Ministry of Transport has submitted a pre-feasibility study for the North-South high-speed railway project to Prime Minister Nguyễn Xuân Phúc. According to the option proposed by the ministry, the railway would have a designed speed of up to 350km per hour and a practical speed of 320km per hour. The railway would be for carrying passengers only. What do you think about this?

I don't think this option is technically and economically feasible, plus it could pose risks to the North-South high-speed railway project.

Moreover, it's difficult to make use of the full capacity of the designed railway. According to the transport ministry's pre-feasibility study, once in operation, just 15 per cent of the railway's capacity will be used in the 2030s. After 2050, about 40 per cent of its capacity is used.

With five pairs of North-South trains running daily, Việt Nam's railway sometimes does not have enough passengers to fill the trains.

Meanwhile, under the transport minister's option, up to 140-150 pairs of trains could run on the railway daily and they are solely passenger trains, not for goods transportation. It will be a huge waste.

In terms of investment, Việt Nam is also making efforts to attract private investors to railway projects. However, investment in railway projects are usually big and it will take time for investors to get back their investment. In current situations, in railway projects, the Government is usually responsible for developing infrastructure and private enterprises join bidding to provide trains and operate the trains. This scenario will be realised if Vietnamese enterprises have the ability to access and master technologies relating to making and operating trains.

When it comes to high-speed trains, Vietnamese enterprises are now unable to master the technologies, so they will not be eligible for joining bids.

Another disadvantage of the option is the unfeasible operation of the high-speed railway. To reach the speed of 320km per hour, the trains need to speed up gradually for the first 25km and to stop they also need to slow down for the last 25km. So, if two stops are just about 50km like Ngọc Hồi – Phủ Lý, Phủ Lý – Nam Định, Nam Định – Ninh Bình, Ninh Bình – Thanh Hoá, Vinh – Hà Tĩnh, Thừa Thiên-Huế – Đà Nẵng, Đà Nẵng -Tam Kỳ or Tam Kỳ – Quảng Ngãi, the trains run at high speed for short distances – more or less 30km in just about 10 minutes.

A German railway expert said that high-speed trains in the country ran only on routes with a length of about 150km.

If so, in Việt Nam, along the North-South axis, there are only four routes with lengths of about 130km, namely Thanh Hoá – Vinh, Hà Tĩnh – Đồng Hới, Quảng Ngãi – Diêu Trì and Tháp Tràm – Phan Thiết.

The North-South high-speed trains, under the transport ministry’s proposal, will run through 21 localities with 20 stops, meaning that they will run at lower speed on about 500km to get a start and stop. Meanwhile, the total length of the North-South high-speed railway is projected to be 1,500km. The high-speed trains, thus, could not run at their designed speed for one-third of their trips. Everyone can see that waste.

Some people propose that the trains should stop in major destinations like Hà Nội, Thanh Hoá, Vinh, Thừa Thiên-Huế, Đà Nẵng, Nha Trang or HCM City. If so, the North-South railway will fail to meet one of the project's goals – helping to activate the socio-economic development along the backbone of Việt Nam. Notably, skipping stops may pose the railway a high risk of not collecting enough passengers.

Last but not least, the high-speed railway is the advancement that few countries in the world, mainly major developed ones like Japan, France, Germany and China, have mastered relevant technologies. So, investing in high-speed rail means that Việt Nam will heavily rely on foreign partners in equipment and vehicle supply for railway construction as well as the whole project's life. Vietnamese enterprises would not join the game except becoming sub-contractors who provide cheap labour.

What about a proposal by the Ministry of Planning and Investment in which the high-speed railway will allow a maximum speed of 200km per hour and be used for both passenger and goods transportation?

I think it is a reasonable option. It is a kind of modern railway that is popular all over the world with not too high technical standards and operating technologies. So, Vietnamese enterprises could access and master them, which would help reduce total investment and operation costs, ensuring economic efficiency during the project's life.

What is the role of the North-South high-speed railway in the development of Việt Nam's railway system?

It's necessary to confirm that developing a North-South high-speed railway with an operating speed of 160-200km per hour and for both passenger and goods transportation is not meant to lower its role in the national railway system. On the contrary, such a railway would help affirm and pave the way for the railway system to fulfil its functions.

According to Article 5 of the Law on Railway, the railway is expected to become a key transportation sector of Việt Nam's economy. On October 28, 2020, Prime Minister Nguyễn Xuân Phúc pointed out that the North-South high-speed railway must be the backbone of the national railway system.

To meet his expectation, the North-South high-speed railway must be "a door" that opens and connects other railways as well as future ones.

If the three railway systems are not linked to each other, a national railway system could not be formed, so, it's difficult for us to expect the railway sector to become a key transportation means in the future. VNS

The North-South high-speed railway should be for both passengers and freight have 1357 words, post on vietnamnews.vn at March 6, 2021. This is cached page on VietNam Breaking News. If you want remove this page, please contact us.