COVID-19 has been largely brought under control around Việt Nam thanks to appropriate containment measures being adopted by the Government nationwide.

The Prime Minister has now ordered the quick implementation of a vaccination programme to halt the pandemic and create the conditions necessary for socio-economic development, especially in regard to the greatly affected tourism sector.

After undergoing a long period of closure and stagnation, however, the financial resources of tourism industry players have run low and now, more than ever, they need assistance to recover and become a spearhead economic sector once more. Most tourism enterprises, travel agencies, and tourism service providers in Quảng Nam Province agree with such sentiments.

"To improve and introduce travel products and services and stimulate tourism, we first need to focus on the domestic market," said the president of the Quảng Nam Tourism Association, Phan Xuân Thanh.

"Quảng Nam has established tourism as a spearhead economic sector, with the goal of attracting over 12 million visitors, with half coming from overseas.

“Tourism currently contributes over 5 per cent of gross regional domestic product (GRDP) and has created 30,000 jobs. By 2030, Quảng Nam's tourism sector will hopefully be the region's spearhead economic sector, contributing 7-8 per cent to GRDP and creating over 50,000 jobs." 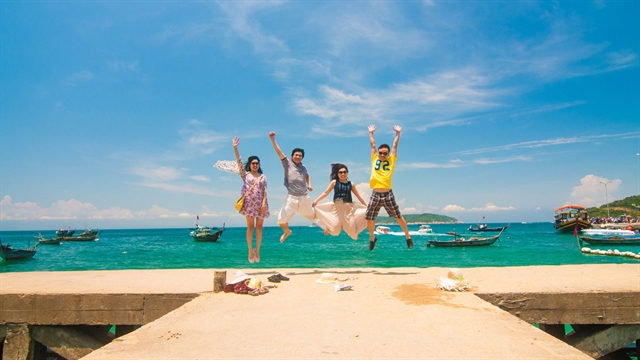 The Quảng Nam Department of Commerce and Tourism was established in 1997, paving the way for the tourism sector's strong development in the province.

But it only really "boomed" after Hội An ancient town and Mỹ Sơn Sanctuary were recognised as world cultural heritage sites by UNESCO in 1999.

Events such as "Old Quarter Night", "Streets without engine noise", "A day as a farmer", and "Mỹ Sơn by night" also contributed to building Quảng Nam's tourism brand.

Besides the ever-popular Hội An, Quảng Nam also boasts lesser-known destinations well worth a visit.

Triêm Tây Village in Điện Bàn Town is a popular ecotourism site with small roads shaded by green bamboo — symbolic of the Vietnamese countryside. Visitors can admire vast rice fields and sedge fields along these roads. The countryside with fresh air, cool breeze, and peaceful atmosphere has seen the farm-stay model grow in popularity in the local area. 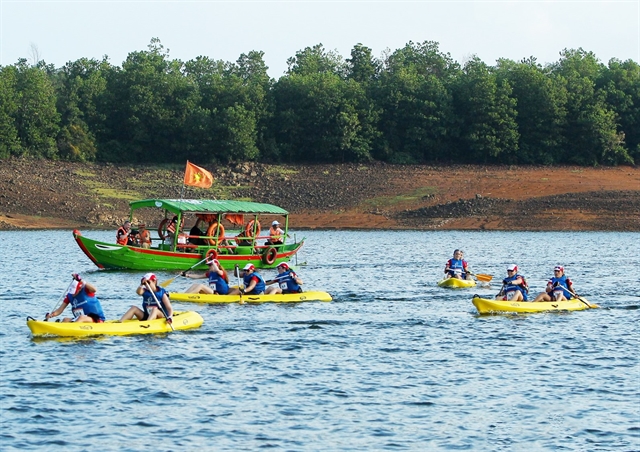 Điện Bàn is establishing a chain of ecotourism destinations in the Gò Nổi area, between Hội An and Mỹ Sơn Sanctuary, called the Cẩm Phú community tourism village, in Điện Phong Ward.

The village is representative of the Vietnamese countryside, allowing tourists to immerse themselves in a rustic atmosphere while enjoying seasonal fruit and regional delicacies. Mulberry farming, silkworm raising, and silk weaving in Phú Bông, which was once famous, could be restored if the homestay and farm-stay models become more popular.

In nearby Lộc Yên Village are 50 ancient houses over 200 years old. Wooden pillars and stone walls make up three main rooms, while two small rooms with a "yin and yang" roof are cooled under the shade of massive old trees, retaining and preserving traditional Vietnamese architecture and the Quảng people's regional identity.

Unique stone wells, stone laneways, and stone waysides were built by local people to protect the soil from erosion by floods and rainfall, or to divide land plots and gardens between neighbours. The art of arranging the stones means no cement or lime is required, with angles and gravity keeping it all together while a cover of vegetation grows. 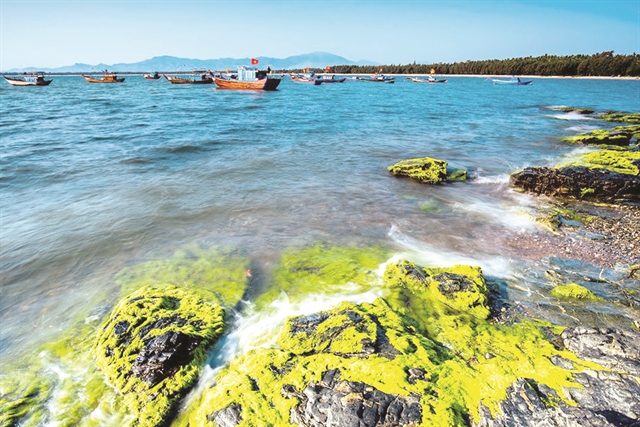 Đông Giang, another region that remains mostly hidden from tourists, is home to 16 different ethnic minorities, primarily the Cơ Tu.

"They have retained their cultural heritage, such as traditional dance and music as well as their weaving culture, which have been passed down from generation to generation and are recognised as National Intangible Cultural Heritages by the Ministry of Culture, Sports and Tourism," said Đỗ Hữu Tùng, vice president of Đông Giang District. Their tangible cultural heritage includes traditional clothing and jewellery, weapons, musical instruments, and everyday tools for weaving and farming.

Đông Giang has been focusing on preserving and promoting the cultural identities of the Cơ Tu through community tourism to Bhơ Hôồng Village in Sông Kôn Ward and Đhrồng Village in Tà Lu Ward, for instance, by showcasing their celebrations for rice harvests and other rituals.

According to Tùng, Đông Giang has been blessed by nature, with rivers, streams, forests, and delicious local produce.

Mà Cooih and Kà Dăng boast beautiful natural scenery, with picture-perfect caves and waterfalls and hundreds of different plants. The A Păng hot mineral springs near Bhơ Hôồng are ideal for healing retreats under the ecotourism and community tourism models. 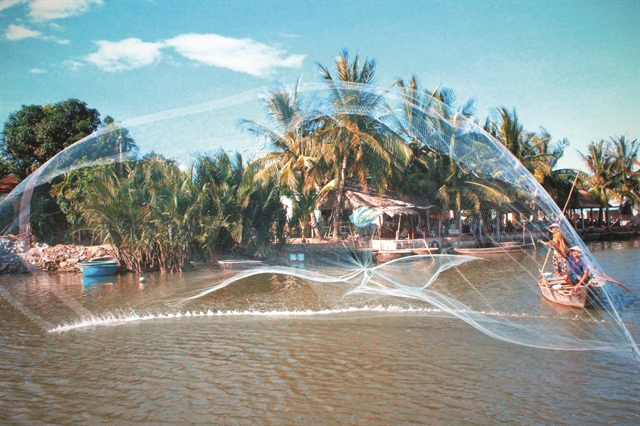 LIFE ON THE LAND: Many fishing villages are involved in community tourism. Photo Unsplash Melissa Kumaresan

"To reach this goal, tourism business communities require even more support from preferential policies such as tax exemptions and reductions in all parts of the tourism service supply chain, together with lower interest rates and longer loan terms, to help them revitalise their business."

After the pandemic has been brought under control, stimulus measures and discounts on sightseeing tours and resort stays are needed to attract visitors, according to Lan. For now, new tourism products are being built to attract more domestic visitors.

"Each tourism product is a creation," Thanh said. "Creativity in tourism also has benefits for society, because whether large or small it contributes to visitors coming to Quảng Nam. Products such as tailor-made clothing, coracle trips, cooking classes, farming day tours, lantern making courses, bicycle tours, and buffalo tours all brought in significant revenue in the past, helping thousands of families earn sustainable incomes."

Quảng Nam's tourism sector has received a host of awards, but in order to truly evaluate the success of each destination it is necessary to adopt measurable indicators.

Scientific assessments are needed on what has and hasn't been done, from which experience can be drawn to better develop other destinations and increase the chance of success, especially in community tourism.

The foundation for building a green tourism brand at a destination begins with destination management, the creation of green tourism products, and marketing solutions. Traditional cultural heritage values can be improved, as can natural conservation and biodiversity.

Responsible solutions are required, especially in water and wastewater management, while abolishing the use of one-time plastics should be widely promoted to encourage a circular and renewable economy.

The Department of Culture, Sports and Tourism and the Publicity Department of the Provincial Party Committee recently signed a joint media venture to help promote the travel potential Quảng Nam still possesses.

A raft of publicity measures will be undertaken via the provincial mass media, representative offices, permanent offices of different press agencies, provincial websites, and, especially, social media such as Zalo, Facebook, YouTube, and blogs.

"Encouraging businesses to revitalise destinations and develop attractive travel products would help Đà Nẵng and Thừa Thiên-Huế increase visitor numbers from the north and the south of Việt Nam," said Lê Ngọc Tường, vice president of the Department of Tourism, Sports and Culture.

"This would be a highlight activity for Quảng Nam's tourism sector to attract domestic travellers over the upcoming summer, starting from the April 30 and May 1 holiday." VNS

Quảng Nam keen to whip tourism into shape have 1552 words, post on vietnamnews.vn at March 21, 2021. This is cached page on VietNam Breaking News. If you want remove this page, please contact us.