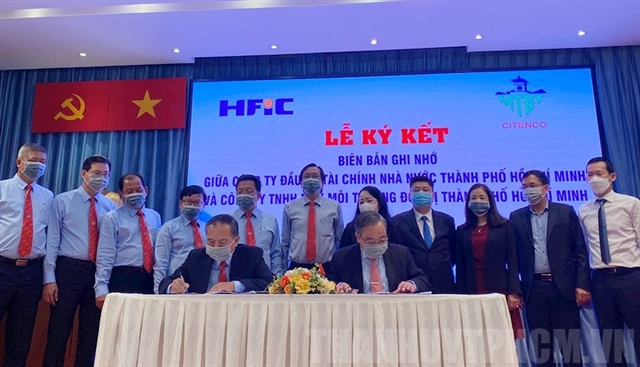 Six projects with combined capital of VNĐ6 trillion (US$260.2 million) will be implemented under the agreement.

A project to build a plant for recycling and treatment of solid waste separated at source, and investments in equipment and vehicles for waste collecting, transportation and treatment services will also be carried out.

Around 9,500 tonnes of domestic solid waste are generated daily in the city, not including industrial waste, according to the city's Department of Natural Resources and Environment.

The volume of domestic waste has risen by 10 per cent a year.

Only 2,000 tonnes are recycled, while the remaining 75 per cent of the waste is buried, resulting in environmental pollution and lower quality of life for city residents, said Huỳnh Minh Nhựt, director of CITENCO.

As a public utility enterprise under the management of the HCM City People's Committee, CITENCO is one of the key units to perform tasks in the field of environmental sanitation, Nhựt said at the signing ceremony.

The six projects will be a focus of the company in the coming years to address the city's sustainable development goals, Nhựt said.

The cooperation between the two companies for investment in state-of-the-art vehicles, facilities and technology is vital to improve urban environmental sanitation, Hòa said. — VNS

HCM City invests in six major environmental sanitation projects have 491 words, post on vietnamnews.vn at March 1, 2021. This is cached page on VietNam Breaking News. If you want remove this page, please contact us.