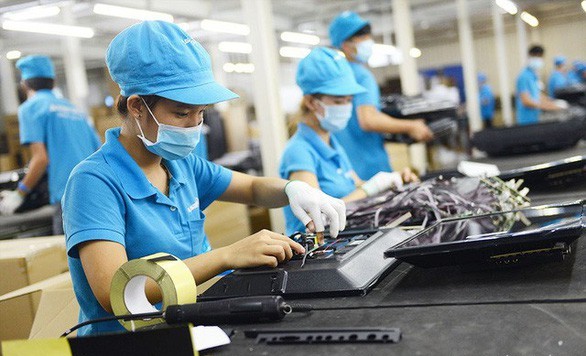 Tax and fee payment deadlines for companies are set to be deferred by three to five to help mitigate the worst effects of COVID-19. — Photo Courtesy chinhphu.vn

HCM CITY — The Government needs to extend the deadlines for the payment of taxes and fees to support companies since the COVID-19 pandemic continues to affect them, experts have said.

Chu Tiến Dũng, chairman of the HCM City Union of Business Associations, said a recent proposal by the Ministry of Finance to defer taxes is timely and good for businesses.

HCM City is the country's economic hub, and companies there have been badly affected by the lack of human resources, since workers from other provinces have failed to come back in time after the Lunar New Year in mid-February.

On top of that, social distancing and cleaning up the workplace have pushed off their costs, he said.

"The first quarter is the time a new year begins, and so the Government should defer taxes to enable businesses have cash for the short term."

It would be effective if the extension lasts two quarters instead of three to five months as recommended by the ministry, he said.

Economist Lê Đăng Doanh too backed the ministry proposal, saying the tax and fee deferment would enable companies to have money to pay for expenses at the beginning of the year.

"The State budget might be facing difficulties, but a three-month delay is practicable."

Experts however emphasised that tax delays are only a short-term solution, and the driving force would be an improvement in the business environment.

According to the proposal made by the ministry, value-added tax, corporate income tax, personal income tax, and land rental tax will be extended by three to five months.

The deferred taxes on business households and individuals will be around VNĐ1.3 trillion and land tax will be worth VNĐ4.4 trillion.

The ministry said the taxes and fees would be paid by the end of this year, and so the Government's 2021 revenues would not be affected. — VNS

Experts approve delaying corporate taxes amid COVID difficulties have 393 words, post on vietnamnews.vn at March 4, 2021. This is cached page on VietNam Breaking News. If you want remove this page, please contact us.