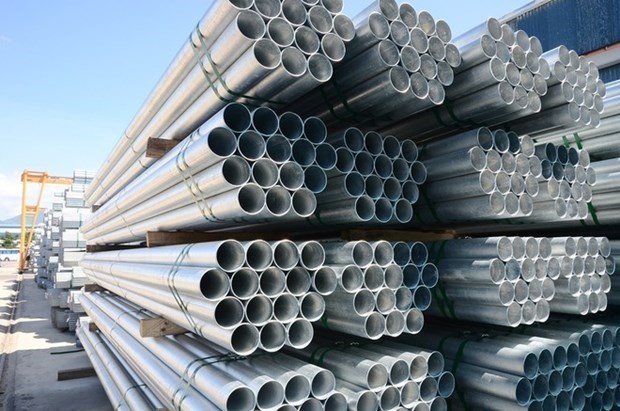 Hanoi (VNA) – Steel maker Hoa Phat Group is recruiting experienced personnel for a cargo container manufacturing project expected to start production in the second quarter of next year, according to the company.

The new shipping container plant will have a designed capacity of 500,000 twenty-foot equivalent unit (TEU) per year.

Global demand for cargo containers is on the rise as a result of growing e-commerce and foreign trade, said Nguyen Manh Tuan , Vice Chairman of the Hoa Phat Group .

"We have been conducting research in various fields and are confident we have the 'firepower' to make the container manufacturing project successful and competitive with manufacturers from China, the world's leading container producer," he said.

The group's recruiters are working against the clock to enable the construction of the plant to begin as soon as possible.

According to Hoa Phat, shipping containers are made from weather-resistant and expensive SPA-H steel. Steel currently accounts for about 55 percent of the production cost.

In Vietnam, only the Hoa Phat Dung Quat Complex has the technology to produce this type of steel at a reasonable cost, Tuan said.

Hoa Phat has estimated it will need to produce 1 million tonnes of Hot-Rolled Coil (HRC) steel to reach an annual capacity of half a million TEUs. The group manufactured nearly 700,000 tonnes of HRC and more than 5 million tonnes of billet and construction steel last year.

Its Dung Quat 2 project is scheduled to be operational in early 2022. Set to manufacture HRC steel using the latest advanced technology, it has a designed capacity of 5 million tonnes per year.

Though the shipping container market is growing 5 percent annually, there has been a shortage of supply. In previous years, China had produced 90 percent of the world's containers. The country, however, has cut output by 40 percent over the last two years, despite growing domestic demand./.

Steel maker Hoa Phat to manufacture cargo containers have 371 words, post on en.vietnamplus.vn at February 26, 2021. This is cached page on VietNam Breaking News. If you want remove this page, please contact us.