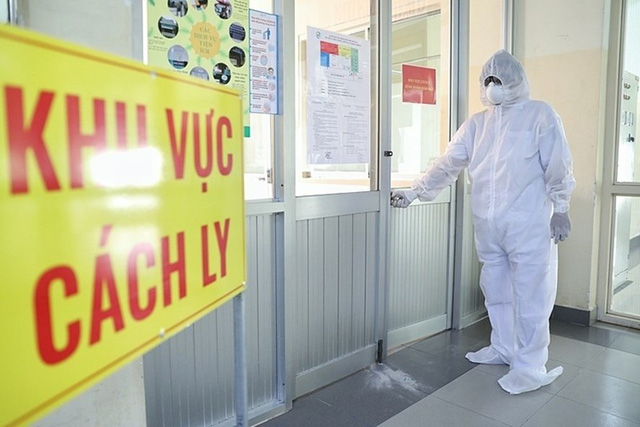 Medical quarantine area. — Photo from the Ministry of Health

HÀ NỘI — A 32-year-old woman from the northern province of Hải Dương has tested positive for the new coronavirus variant upon her arrival in Japan, local health authorities said Wednesday.

Phạm Duy Tuyến, Director of Hải Dương Province Centre for Disease Control (CDC), said the woman’s positive test result was available on January 17 at Japan’s airport where COVID-19 screening tests are done for all arrivals, but only yesterday did local authorities were informed of the situation.

N.T.G was a worker at a factory in Hải Dương and was sent to Japan on an overseas labour agreement on a flight departing from Hà Nội and transiting through Singapore on January 17, Tuyến said.

Genomic sequencing results on Tuesday indicates that G. was infected with the coronavirus variant first reported in the UK, which was considered to be much more transmissible though not necessarily resulting in more serious disease.

Việt Nam as of Wednesday has not recorded any new cases of COVID-19 in the community for 57 consecutive days, according to the health ministry.

Hưng Đạo Commune in Chí Linh City, where the woman was living, said they only received the information on Tuesday, and have identified 16 close contacts of the suspected case – mostly her relatives.

The close contacts have been moved to centralised quarantine facilities for isolation and will be tested for COVID-19.

Their places of residences have also been disinfected.

The management of Cộng Hoà Industrial Park, where G. worked prior to her trip to Japan, is also tracking people she had close contact with.

G. took part in a Japanese language training course in Hà Nội, and returned to her hometown and worked in Hải Dương since August last year.

On January 16, G. left for Hà Nội to do pre-flight procedures and her COVID-19 test returns negative. She then came back to Hải Dương to have a farewell party.

On January 17, G.’s family rented a car, with eight on board, to leave for Nội Bài International Airport in Hà Nội.

There have been many similar cases reported since last year where a Vietnamese entrants to Japan tested positive upon arrival at the airports, but later PCR tests returned negative for coronavirus. — VNS

Woman tests positive for UK coronavirus variant on arrival in Japan: official have 494 words, post on vietnamnews.vn at January 27, 2021. This is cached page on VietNam Breaking News. If you want remove this page, please contact us.