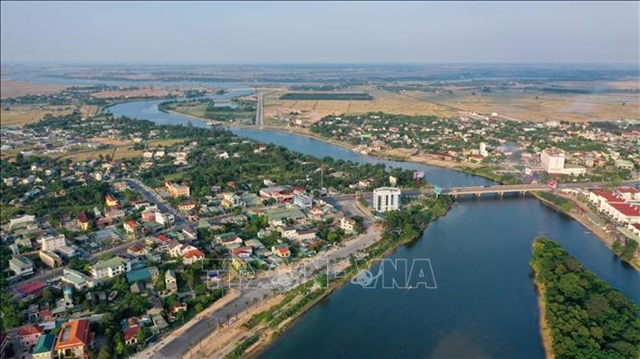 With a coastal line of 75 km and beautiful beaches, the province has huge potential to develop marine tourism and resorts.

But according to authorities, a lack of good infrastructure is hindering opportunities for ports and the province to grow.

The road has helped create good connections for the southeastern coastal economic zone, but more transport links would go a long way to further development.

Under a resolution approved at the province’s Party Congress, Quảng Trị Province would build roads along the remaining part of its coastal line including a 44-km long route from Cửa Việt Bridge to the neighbouring Quảng Bình province and another12-km-long section from the coastal line to Đông Hà City.

The projects are expected to be finished by 2025 and cost VNĐ 2.97 trillion, of which VNĐ 2.41 trillion is from the central budget and the rest from the local budget.

According to the province’s Transport Department, the roads would pave the way for the province to form an axis for coastal urban development, helping expand Đông Hà City to the east and improve connectivity between the province to other localities.

Also in the next five years, Quảng Trị will build a road connecting the western and eastern branches of the Hồ Chí Minh National Highway.

Lê Đức Tiến, vice chairman of the province’s People’s Committee said that once the link road opens, it would offer a choice to access erosion-prone areas along Hồ Chí Minh Highway instead of travelling through the neighbouring Quảng Bình Province.

With an improved road, cargo transportation from the seaport to western mountainous areas and Lao Bảo International Border Gate and vice versa is expected to run smoothly.

The transport ministry also plans to open National Highway 15D in the next five years.

This will link Mỹ Thuỷ deep sea port to La Lay International Border Gate. The seaport is under construction in Hải An Commune, Hải Lăng District. With the total investment of more than VNĐ14 trillion and covering an area of 685 ha, the seaport includes ten harbours which could deal with ships with loads of up to 100,000 tonnes.

The corridor running 1,450km through Myanmar, Thailand, Laos, and Việt Nam is an economic development programme initiated to promote development and integration of five Southeast Asian countries, Myanmar, Thailand, Laos, Cambodia and Việt Nam. The concept was agreed in 1998 at the Ministerial Conference of the Greater Mekong Subregion, organised in Manila, Philippines. This corridor became operational on December 12, 2006. In Việt Nam, the project starts at Lao Bảo International Border Gate in Quảng Trị province, running along Highway No9 and 1A to Đà Nẵng city.

Quảng Trị aims to improve major transport infrastructure have 843 words, post on vietnamnews.vn at January 27, 2021. This is cached page on VietNam Breaking News. If you want remove this page, please contact us.