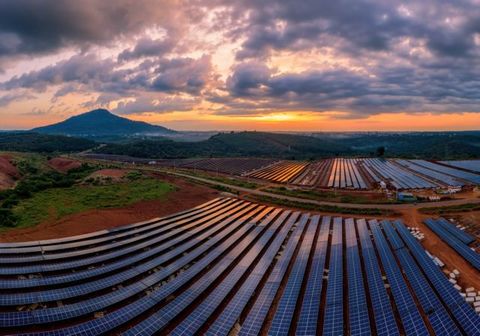 An initial public offering will be held at the Ho Chi Minh Stock Exchange, with the shares auctioned at a starting price of VND24,520 (US$1.06).

EVNGENCO 2 held an IPO road show in HCM City on January 21 to tell investors about the opportunity for investing in the company.

Fully owned by EVN, EVNGENCO 2 has seven dependent accounting units, holds 100 per cent stake in one company and at least 51 per cent in five others, which are operating in various fields ranging from hydroelectricity to thermal power.

According to Associate Professor Dr Vu Minh Khuong of the National University of Singapore, the equitisation of EVNGENCO 2, 100 per cent owned by EVN, attested to the efforts to reform the power sector and offers valuable investment opportunities to investors.

In terms of finance, equity accounts for more than a third of total assets, which is considered healthy in the power sector, he said.

“EVNGENCO 2 has great potential for growth.”

With a number of power plants in strategic locations across the country, EVNGENCO 2 would achieve very high growth in future, he said.

“In addition, with its efforts to embrace digital transformation and apply new technologies, EVNGENCO 2 is expected to make great strides in improving its production efficiency in the next three to five years, especially operational efficiency and significantly reducing the environmental impacts of coal-fired thermal power plants, which currently account for 50.7 per cent of its total generation capacity.”

It has also actively invested in clean energy projects across the country, he said.

Its strategies for the future include focusing on improving operational efficiency at existing plants and stepping up investment in renewable energy, Khuong said.

In addition, people investing in EVNGENCO 2 would greatly benefit not only from EVNGENCO 2’s own rapid growth but also Viet Nam’s.

Tran Phu Thai, EVN GENCO 2’s chairman of the board of members, said, “EVN GENCO 2 has strived to become a leader in the electricity generation sector in Viet Nam and a socially and environmentally responsible company.”

Duong Quang Thanh, EVN’s chairman of the board of members, said EVN GENCO 2 always enjoyed good profits since it was established in 2013.

The power sector is expected to sustain at least 10-12 per cent growth in generation capacity for the next 20-30 years to meet the country’s demand, offering investors a great opportunity, he said. — VNS

EVNGENCO 2 to sell over 581 million shares through IPO have 751 words, post on bizhub.vn at January 22, 2021. This is cached page on VietNam Breaking News. If you want remove this page, please contact us.