Westbrook leaves the Rockets after just one season alongside James Harden in Houston, the nine-time All-Star moving to Washington in exchange for Wall and a future lottery-protected first-round draft pick on Wednesday.

The shock trade comes amid uncertainty over Rockets superstar Harden, who is reportedly eyeing a move to the Brooklyn Nets, while the Philadelphia 76ers have also been linked. 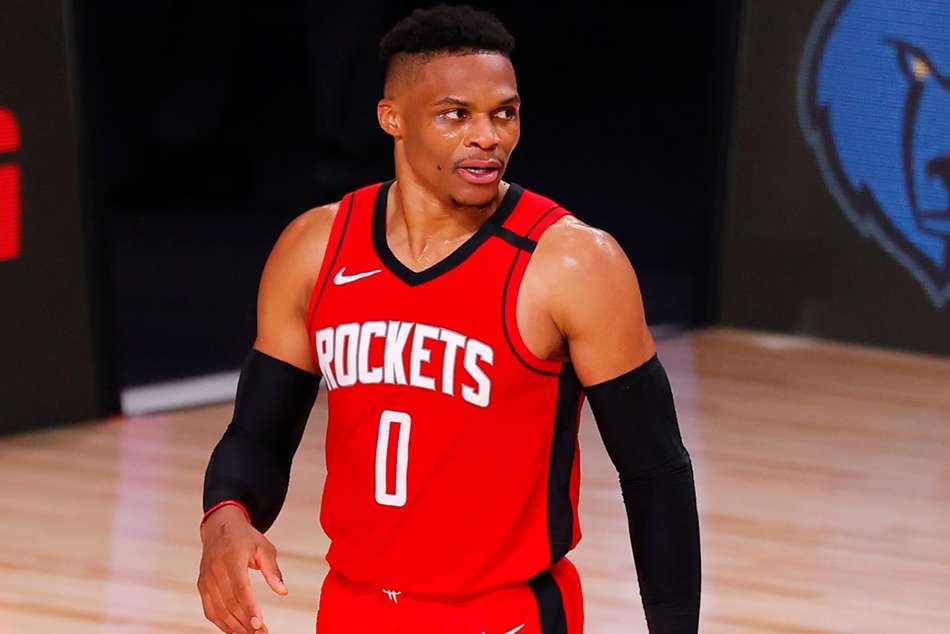 The five-time All-Star, who has appeared in just 73 games since the start of the 2017-18 season, is fourth for career points for the Wizards after being drafted first by the Washington franchise in 2010.

“Having the opportunity to acquire a player of Russell’s calibre and character was something that we could not pass up when looking at both the immediate and long-term future of our team,” said Wizards general manager Tommy Sheppard as Westbrook prepares to team up with Bradley Beal.

“With that said, the decision to part ways with John, one of the greatest players in franchise history, was extremely difficult. What he has meant to our organisation and our community is immeasurable and will not be forgotten.”

Harden and Westbrook – who played together at the Oklahoma City Thunder – became the first pair of team-mates in NBA history to average 25.0-plus points and seven-plus assists per game in the same season.

Westbrook averaged 27.2 points and seven assists per game for the Rockets, who had their 14th consecutive season at .500 or better but failed to reach the NBA Finals – the longest streak of its kind in NBA history.

Westbrook was the first player in NBA history to shoot under 25 per cent from three and under 60 per cent from the line in a single postseason (minimum 30 attempts in both categories).

Houston had a 29-13 record when Westbrook shot less than five times from beyond the arc compared to 10-13 when attempting five or more.

Westbrook, meanwhile, has a career average of 19.6 points, 9.0 assists and 6.1 rebounds in Washington.

Wizards head coach Scott Brooks added: “Russell’s accomplishments and honours on the court speak for themselves, but his drive and will to win are what separate him as a truly unique player.

“As much as I’m looking forward to reuniting with him, I’m equally sad to say good-bye to John. He is one of the toughest and most gifted players I’ve ever been around and we all wish him nothing but the best moving forward.”

In 573 career games with 561 starts for the Wizards, Wall averaged 19.0 points, 9.2 assists, 4.3 rebounds, and 1.70 steals. He joins Magic Johnson and Oscar Robertson as the only players in NBA history with career averages of at least 19.0 points per game, 9.0 assists per game and 4.0 rebounds per game.

Over the past six seasons, Wall is the only player in the league to have averaged at least 20.0 points per game and 10.0 assists per game.

Wizards confirm Westbrook capture as Wall joins Rockets have 720 words, post on www.mykhel.com at December 3, 2020. This is cached page on VietNam Breaking News. If you want remove this page, please contact us.