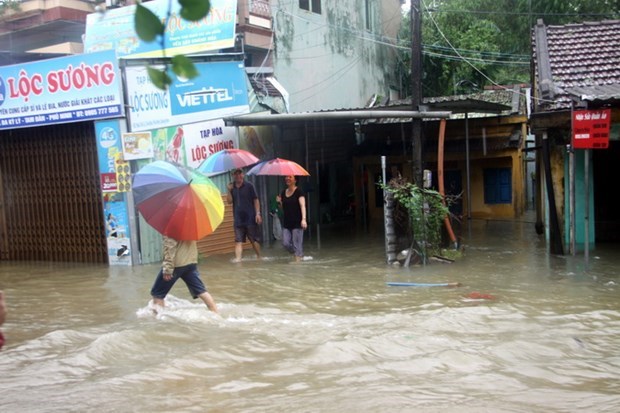 Da Nang (VNA) – Severe flooding and landslides triggered by heavy rains in the central region have claimed at least 18 lives and left 14 others missing.

Seventeen vessels with 106 people onboard have been damaged, killing three crewmembers and leaving four others unaccounted for. Searches for the missing are underway.

Heavy downpours are forecast to continue on October 13.

Localities are exerting every effort to tackle the impact of natural disasters by intensifying search and rescue missions, supporting families of victims, and providing food and clean water to those affected./.

Severe flooding leaves 18 dead, 14 missing in central Vietnam have 318 words, post on en.vietnamplus.vn at October 12, 2020. This is cached page on VietNam Breaking News. If you want remove this page, please contact us.