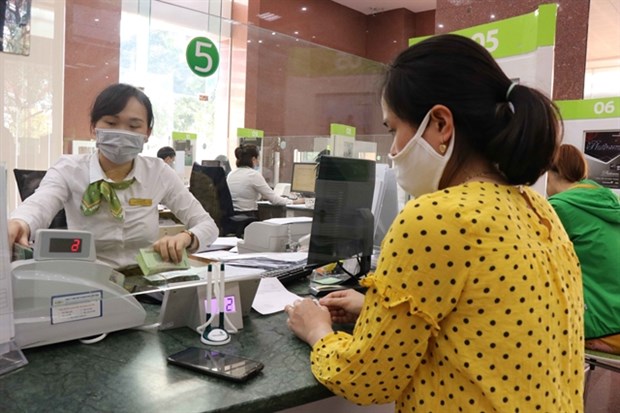 
Hanoi (VNS/VNA) – A new decree released by the Government will allow State-owned commercial banks to save cash to increase their strength instead of paying dividends to shareholders.

Decree 121/2020/ND-CP will amend Decree 91/2015 dated October 13, 2015 regulating the State capital invested in State-owned companies and management of State capital and assets in the business.

The new policy allows government agencies to increase the State capital in joint stock companies and limited-liability firms with two or more board members.

Commercial banks with the State holding more than 50 percent of the charter capital are subject to the new decree.

In recent years, the State Bank of Vietnam (SBV) – representing the Government to monitor the State capital in financial-banking firms – asked the three banks to pay cash dividends, but the request was always rejected by other shareholders.

Vietinbank and Vietcombank planned to issue bonus shares using their profits recorded in 2020 to increase capital, meeting BASEL II standards, preparing for any economic shocks caused by the prolonged COVID-19 pandemic and the instability of the global economy.

At its annual shareholders' meeting on April 23, Vietinbank decided to use the remaining post-tax profits during 2017-19 to issue bonus shares and increase capital. The issuance rate has not been selected.

Vietcombank has planned to issue bonus shares at the rate of 18 percent in the second six-month period of 2020, meaning every shareholder will receive 18 new shares for each 100 shares they have. The time has not been decided yet.

According to Vietinbank Chairman Le Duc Tho, the adjustment of the Decree 91/2015 /ND-CP is key to the development of the bank as the plan on using 2017-2018 profits to increase capital has already been approved by the Government./.

New decree allows banks to keep profits have 446 words, post on en.vietnamplus.vn at October 13, 2020. This is cached page on VietNam Breaking News. If you want remove this page, please contact us.