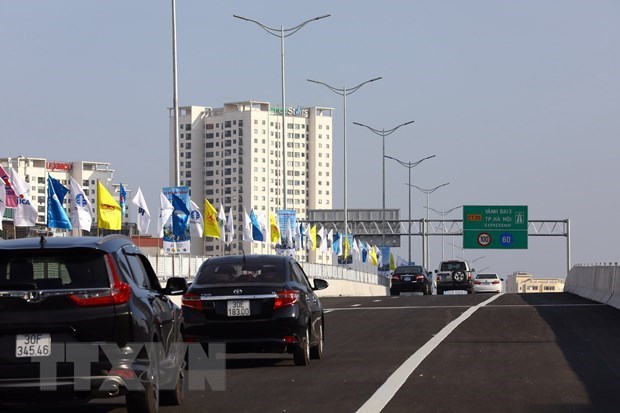 He lauded the efforts of the Ministry of Transport and the Thang Long project management board as well as contractors in conducting the project, while hailing the Hanoi government in ground clearance for the project.

JICA and the Government of Vietnam signed a Loan Agreement worth 20,591 million yen in 2013 to implement the project which started construction in 2018.

With the opening of the Mai Dich – South Thang Long Section, the development of the Ring Road that can bypass the city centre is completed, helping to reduce traffic congestion for the city center and to promote logistical efficiency, thus contributing to the economic development in this region.

Earlier on October 6, a section of Hanoi Ring Road No. 3 spanning Linh Dam Lake and slip roads connecting the section with overpasses were opened to traffic. The project was approved in October 2018 and cost a total of 341 billion VND.

Another section of Hanoi Ring Road No 3 opens to traffic have 434 words, post on vietnamnet.vn at October 11, 2020. This is cached page on VietNam Breaking News. If you want remove this page, please contact us.