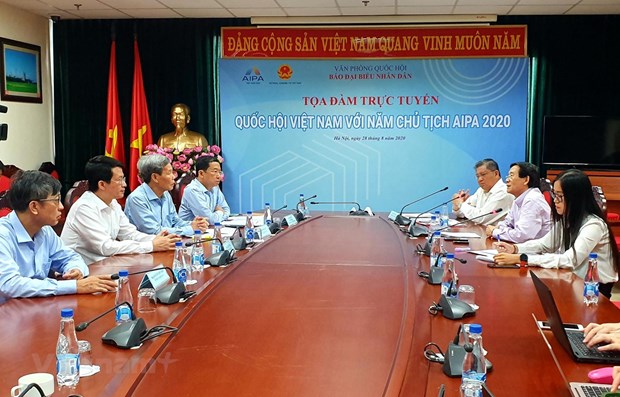 Hanoi (VNA) – Assuming the AIPA Chair 2020 amidst complicated developments of the COVID-19 pandemic, the Vietnamese National Assembly (NA) has carried out a lot of activities within the framework of the 41st General Assembly of ASEAN Inter-Parliamentary Assembly (AIPA-41) in an appropriate manner to increase the role of AIPA in joining hands with countries' Governments in protecting the ASEAN common house.

The information was said at an online seminar named "Vietnam's National Assembly with AIPA Chairmanship Year" held by the Newspaper of People’s Deputies in Hanoi on August 28. The event was an opening activity of a communications campaign on the AIPA Chairmanship Year 2020 and the AIPA-41.

The year 2020 also marks 25 years of the Vietnamese National Assembly’s accession to ASEAN Inter-Parliamentary Organisation (AIPO)/AIPA. Over the past years, the legislature has made important contributions to AIPA's development, applauded by numerous ASEAN countries and their parliaments.

At the seminar, delegates looked back at the formation and development of AIPO/AIPA, especially Vietnam's initiatives and contributions as well as the Vietnamese legislative body's main tasks in the AIPA Chairmanship Year in particular and in AIPA in general.

Emphasising the role of the Vietnamese NA since its membership to AIPO/AIPA, the participants agreed that at general assemblies, the body has made substantial initiatives and contributions. 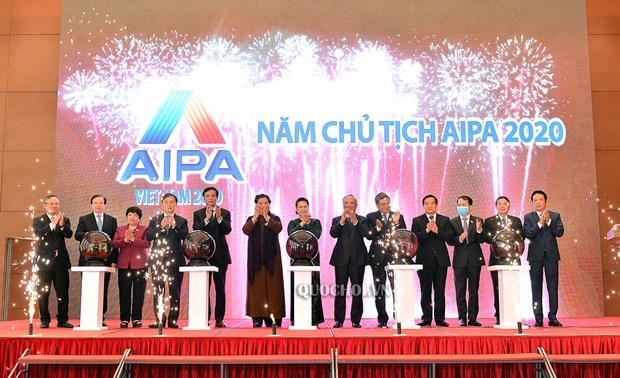 Chairman of the NA’s Committee for External Relations Nguyen Van Giau, who is deputy head of the AIPA-41 organising board, said that: "I am impressed by the two initiatives of the Vietnamese National Assembly in previous General Assemblies. Firstly, that is the initiative to hold a high-level dialogue between the ASEAN Leaders and AIPA Leaders and Vietnam was also the first country to hold this dialogue. Secondly, the Vietnamese National Assembly firmly proposed that the AIPA Committee on Economic Matters must issue a resolution on promoting the development of small- and micro-sized enterprises".

Due to impact of the COVID-19 pandemic , the AIPA-41 will be held online from September 8-10. Nguyen Van Giau said that with the theme of "Parliamentary diplomacy for a cohesive and responsive ASEAN Community," the legislative body plans to propose two main initiatives: one on setting up a young parliamentarians' conference to raise the role of young parliamentarians in particular and the youth in general, and another with the aim of connecting activities of AIPA and the International Parliamentary Union (IPU) in line with the implementation of the Agenda 2030 on Sustainable Development.

The Vietnamese NA discussed these matters with member parliaments, and they agreed that each AIPA committee will issue a resolution, and proposals sent by countries will be mainstreamed in a general draft resolution submitted to the General Assembly.

At present, member parliaments agree with topics discussed at committees. Specifically, the topic of the Women Parliamentarians' Conference will be the role of female parliamentarians in ensuring jobs and incomes for female labourers. The AIPA Committee on Political Matters will discuss "Parliamentary diplomacy for peace and sustainable security in ASEAN", while "The Role of Parliaments in Promoting ASEAN Cohesiveness and Economic Recovery post-COVID 19" will be debated at the AIPA Committee on Economic Matters. Meanwhile, the AIPA Committee on Social Matters will discuss how to intensify the role of AIPA in building an ASEAN Socio-Cultural Community responsive to the COVID-19 pandemic".

During the AIPA-41 , devotion awards will be presented to those with outstanding contributions to the AIPA, and new AIPA observers will be admitted./.

Seminar discusses NA’s role in AIPA Chairmanship Year have 738 words, post on en.vietnamplus.vn at August 31, 2020. This is cached page on VietNam Breaking News. If you want remove this page, please contact us.