Hong Kong has had its ups and downs throughout the early phases of the coronavirus pandemic but its reaction was considered a text book response as it contained the virus quickly. But then there was a smaller 2nd wave, and now a 3rd.

Despite being a part of China and sharing a border with the mainland to the north, Hong Kong kept its infection numbers low and was able to avoid overly draconian lockdowns when compared to other parts of China. Now the Hong Kong government officials are warning hospitals that they could face collapse if it doesn't stem the growing infections quickly, and it's just had a record high number of new infections in a day. 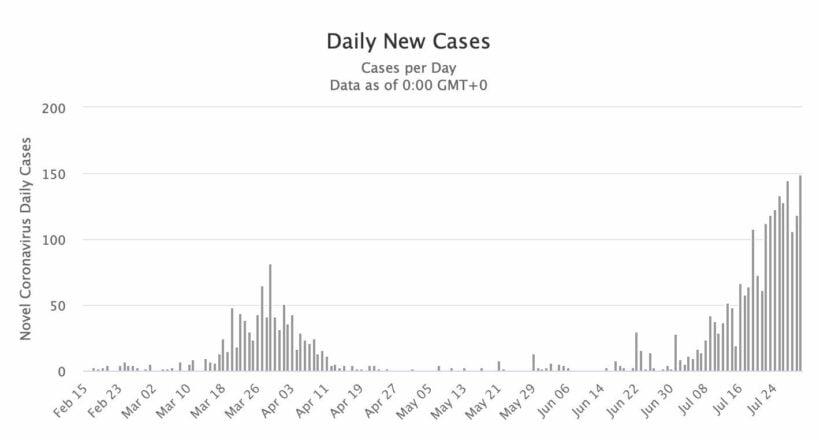 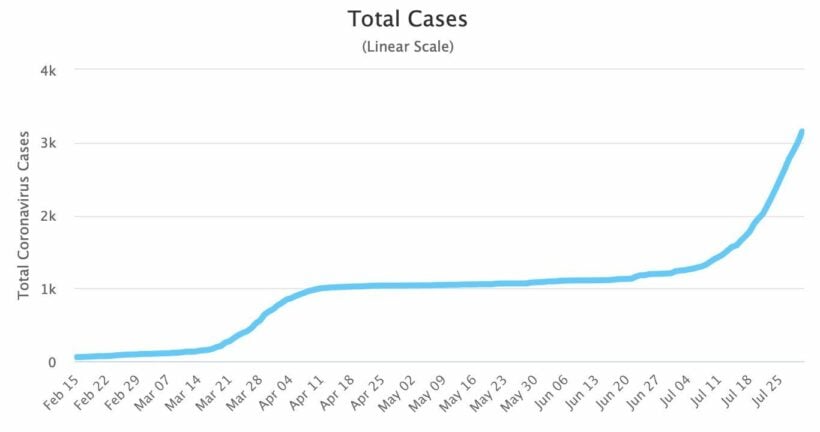 Hong Kong had its first Covid-19 cases in the last week of January but infection numbers remained relatively low and the spread was controlled quite quickly. Hong Kong had seen it before with that other coronavirus infection, SARS. Between 2002-2004 the world had a short Coronavirus preview. In Hong Kong 1,755 people were infected, 299 died and the virus had a 17% fatality rate.

In March this year Hong Kong had a 2nd wave of Covid-19 infections after overseas students and residents started returning to the territory, leading to an imported spike of new infections.

Hong Kong banned all non-residents from entering from overseas, and everyone who returned was required to undergo a Covid-19 test and mandatory 14 day quarantine. Electronic bracelets were put on new arrivals to track their movements and and make sure they stayed at home. Masks were mandatory and social distancing measures were rigorously applied. It worked and the infection rate quickly dropped.

So what has brought on this 3rd wave of infections? Local health officials believe there are 2 key flaws in the system.

First, many returnees opted to quarantine for 14 days at home – an arrangement that's common in many countries including the UK – rather than in quarantine camps. But other people in the home are not under any form of restriction, and will still be coming and going.

Then there was the government's decision to exempt several groups of people from testing and quarantine when they came to Hong Kong. They exempted about 200,000 people, including people arriving from the sea, aircrews and executives of companies listed on the HK stock exchange, from quarantine. At the time the government said the exceptions were needed to ensure "normal daily operations continued" in Hong Kong, or because their "travel was necessary to the city's economic development".

Then there was the case, earlier this week, when a foreign pilot was reportedly spotted sightseeing around Hong Kong while waiting for is Covid-19 test results.

A professor of epidemiology at the University of Hong Kong, Benjamin Cowling, says Hong Kong's experience with quarantine problems could also happen in other countries.

"In the UK, you also have a 14 day quarantine at home, so you would have the same potential issue with leakage."

"In New Zealand and Australia they have a mandatory hotel quarantine policy, which is a good concept… although there's the issue of who pays for it."

"Like Hong Kong, the UK also exempts certain travellers from border rules, including drivers of goods vehicles, seafarers and aircrew."

Thailand also had a "scare' when an Egyptian soldier slipped through the quarantine system from an "exemption" allowed by the Thai government. He was found to be Covid-19 positive after leaving the country, but not before wandering around Rayong shopping centres during his brief stay in the country.

There was also the 9 year old daughter of a diplomat who was found to be infected when her family was staying in a condo in downtown Bangkok. Again, the family had been exempted as her father was a diplomat.

Never miss out on future posts by following Thaiger .

What’s behind Hong Kong’s third wave of Covid-19 infections? have 841 words, post on thethaiger.com at July 31, 2020. This is cached page on VietNam Breaking News. If you want remove this page, please contact us.