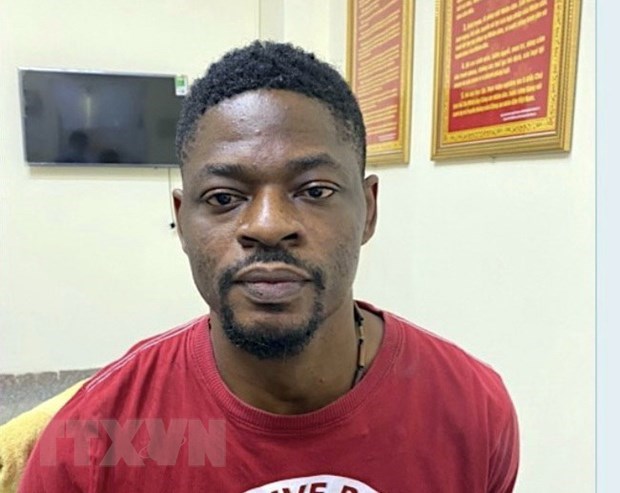 After receiving the report, police started to investigate and found that the woman's money was transferred to a number of bank accounts. However, all withdrawals were made at ATMs in HCM City.

About 15 days later, the police identified Dalaxy Dave, a Nigerian currently living in Cambodia, as the ringleader of the gang.

Dave contacted Vietnamese citizens on social media and gained their trust. He pretended to be a US soldier and asked to send valuable gifts to his Vietnamese friends or invited them to invest money in business projects in foreign countries.

Dave also ordered his accomplices in Vietnam to illegally access Facebook accounts to purchase items online and send links asking the sellers to provide OTP codes to steal money from their bank accounts.

The suspects also pretended to be police and procuracy officers to call victims and tell them to send money to the suspects' bank accounts.

When they successfully stole money from the victims, Dave would tell his accomplices to withdraw the money and send it to him. The accomplices would also receive an amount from the illegally appropriated cash.

The police seized 53 fake ID cards and many mobile phones used for the scam at the suspects' homes.

Colonel Dang Ngoc Son, Deputy Director of the provincial Department of Public Security, said the investigation was difficult because the suspects used sophisticated tricks to hide their crimes.

Seven Nigerians arrested for online scam have 466 words, post on en.vietnamplus.vn at June 9, 2020. This is cached page on VietNam Breaking News. If you want remove this page, please contact us.