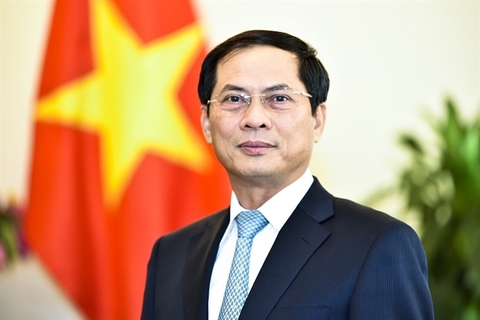 How significant are the agreements to the Viet Nam-EU relationship?

The NA’s approval of EVFTA and EVIPA has allowed the agreements to come into effect as soon as EU members’ parliaments give the green light.

The approval of the agreements by the Vietnamese NA and the EU Parliament [in February this year] once again confirmed the commitment from both sides to deepen bilateral relations and to take them to the next level 30 years after Viet Nam-EU diplomatic relationship was established.

This was also a continuation of Viet Nam-EU’s comprehensive co-operation partnership signed in 2012 and the EU-Vietnam Framework Agreement on Comprehensive Partnership and Cooperation (PCA) in 2016.

Political ties between Viet Nam-EU have been strengthened with high-level exchanges and visits, especially on security and national defence as Viet Nam joined the EU’s crisis management activities in 2018, showing the result of trust-building efforts between two sides.

Economic co-operation remains a highlight of bilateral relations with the EU being the third-largest trade partner and largest non-refundable aid provider to Viet Nam. Among ASEAN economies, Viet Nam is EU’s second-largest trade partner as bilateral trade turnover reached US$56.45 billion in 2019 with Viet Nam’s exports to the EU steadily on the rise during the last two decades at 16 per cent annually.

Viet Nam and the EU share numerous common concerns and interests and have been working closely in multilateral forums to promote an international order that safeguards peace, stability and development, to further free trade and investment in dealing with global challenges.

The EVFTA and EVIPA highlight the strategic partnership between Viet Nam and the EU and are set to contribute to long-lasting peace, stability and development for Asia and Europe.

What benefits and challenges will the EVFTA bring?

The comprehensive trade agreement is expected to bring about many benefits for both Viet Nam and the EU as the two markets tend to complement each other, rather than being competitive.

The trade deal helps Viet Nam diversify trade and investment activities, as well as find ways into new markets and the global supply chain. This is important as the global economy is being hit hard by the COVD-19 pandemic.

For the EU, as one of Viet Nam’s largest trade partners, the EVFTA is a strong boost for Viet Nam’s exports, investment, job creation and economic development. Major industries like textile, footwear, agriculture and seafood are expected to benefit the most with Viet Nam-EU trade turnover set to rise by 42.7 per cent by 2025 and 44.37 per cent by 2030.

The EVFTA also provides momentum for Viet Nam’s economic reforms and changes in the development model to technology-based produce for stronger innovation and competitive production.

The trade deal gives Viet Nam certain advantages in attracting investment as the global supply chain is on the move. FDI investments often come with technology transfer, research and development, training of labour are important to meeting the demands of the fast-moving digitalisation process.

The trade deal, however, will present Viet Nam with numerous challenges. Opening the market to the EU’s products and services will put pressure on domestic businesses. A shorter roadmap for implementation and higher standards on public spending, intellectual properties and worker rights in the trade deal will test localities’ abilities to follow through on the deal’s commitments.

What more can we do to enhance Viet Nam’s global integration, especially on the economic front?

The year 2020 marks five years after the national ‘Comprehensive Strategy on Global Integration until 2020, with vision until 2030’ was approved by the Prime Minister.

Due to the signing of the Comprehensive and Progressive Agreement for Trans-Pacific Partnership (CPTPP) and the EVFTA and EVIPA, current WTO commitments and numerous other FTAs in effect, Viet Nam has become an important part of international commerce and one of the most opened economies among ASEAN countries.

In the last five years, Viet Nam has played an important role in promoting multilateral mechanisms in the region and inter-region. Highlights include 2017 APEC High Level Meeting, WEF ASEAN 2018 as the host and contribution to APEC co-operation vision post-2020.

As the world is struggling with a global pandemic with economies forecast to fall into recession, Viet Nam must continue to push for stronger integration.

Viet Nam must build and implement detailed roadmaps for our FTAs, especially new-generation FTAs such as the CPTPP and EVFTA, the upcoming Regional Comprehensive Economic Partnership (RCEP) as well as ASEAN’s FTAs with partners. Comprehensive studies must be conducted to safeguard national interests, especially against a backdrop of surging protectionism and increased trade conflicts.

Viet Nam must catch up with the fast-moving trend of digitalisation and digital economy to discover new boosts for economic and sustainable development. We must remain involved in international co-operation, negotiation in digitalisation management within the WTO as well as other frameworks.

Local authorities and businesses must stay on top of the latest movement of capital, global supply and value chain and attract high-quality investments. We must push for further exchanges with our EU partners to ensure timely implementation of the EVIPA.

As multilateralism faces many challenges, Viet Nam must increase its presence in multilateral co-operation, multilateral trade, in building international regulation and standards and informing new structures in Asia-Pacific.

To accomplish such goals, we must continue improving policies and legal frameworks in harmony with the region and international standards. Localities and businesses must be updated and trained to stay informed of Viet Nam’s trade commitments and to take advantage of the global integration process. — VNS

Deals highlight VN-EU bilateral ties, global integration efforts have 1140 words, post on bizhub.vn at June 18, 2020. This is cached page on VietNam Breaking News. If you want remove this page, please contact us.