The central province of Ninh Thuận experienced a historic drought between November 15, 2019, until May 26 this year.

Local authorities earlier this month announced a level 3 natural disaster due to drought in the whole province and level 4 (the highest level) for Thuận Nam and Thuận Bắc districts. 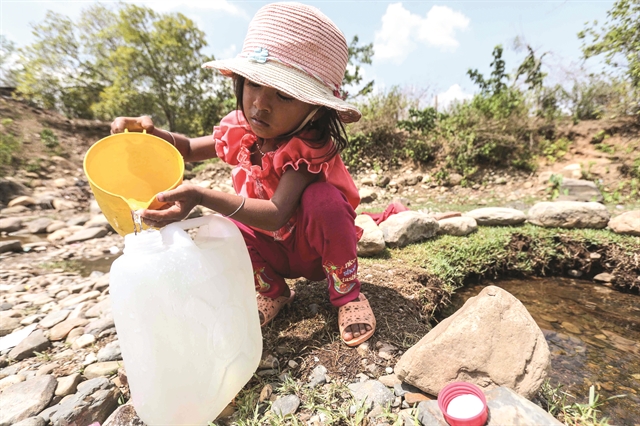 By May 24, the total amount of water measured in 21 lakes in the province accounted for just more than 12 per cent of designed capacity.

Seventeen lakes were totally empty and locals had to abandon the summer-autumn crop this year in more than 15,300ha of land, losing 10,800ha of rice and 4,500ha of vegetables. 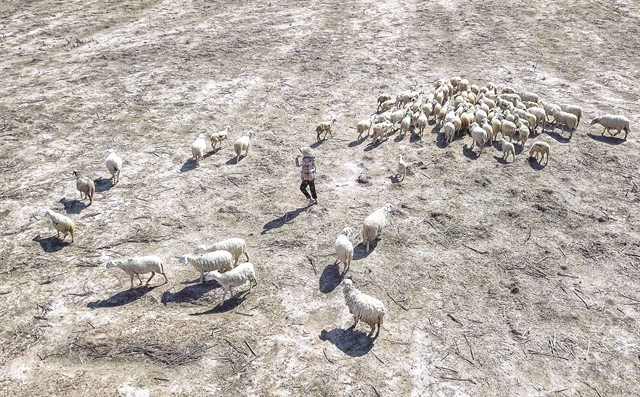 A herd of sheep seek for food in a barren field due to the drought. VNA/VNS Photo

Local residents lacked water for daily use, leading to authorities implementing various solutions to support them.

Every four hours, authorities sent tanks of water to people, while Thuận Bắc District authorities co-ordinated with investors of Bình Tiên Tourism Site Project to examine and drill wells, as well as treat underground water from the wells to provide local citizens. 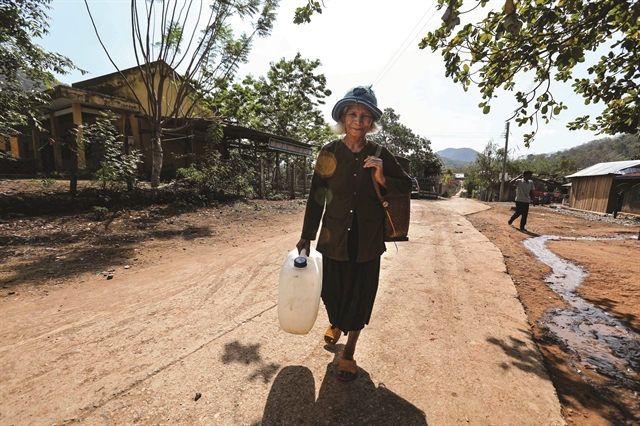 Local authorities have also enhanced people’s awareness of the need to save water.

Residents in Bình Tiên Village, Công Hải Commune, in Thuận Bắc, said each day they came to a nearby stream to take water home. As the stream was exhausted, they had to wait several hours to get enough water.

Mrs A Toa Thị Huỳnh, 47, from Tà Nôi Village, Ma Nới Commune in Ninh Thuan said she walked to a water source located more than 100m from her home under strong sunlight to fetch two 5 litre cans for daily use.

“There is less and less water in the stream while the water is not clean enough for drinking,” she said. “The local army brings us drinking water every day.”

Huỳnh said wells that locals drilled had also dried up. 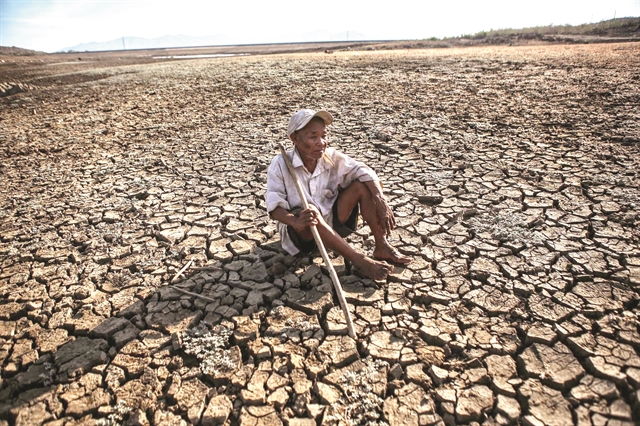 Cà Mau Hà, 58, also from the village said he had never experienced such a serious drought.

“Streams are getting dried,” he said. “Each day our family needs four cans (each of 10 litres) to use.”

He also said his 1ha land of rice and corn was dying as he could not water it for two months.

The poultry and domestic animals in the village are also in need of food. 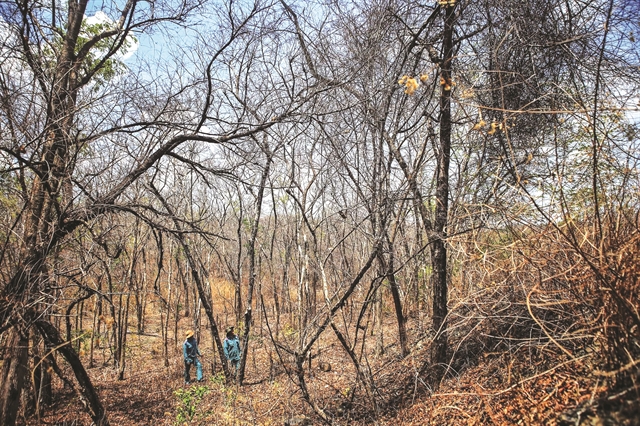 Forests in Ninh Sơn District have died during the long drought.  VNA/VNS Photo

“Tà Nôi Village is in serious need of water among six villages in the commune,” he said.

The village hosts nearly 700 people who mostly live on agriculture.

Local soldiers will provide clean water to locals till the end of May, he said.

Luckily, the situation got better as on May 26, a large amount of rain fell in several hours in Bác Ái District. 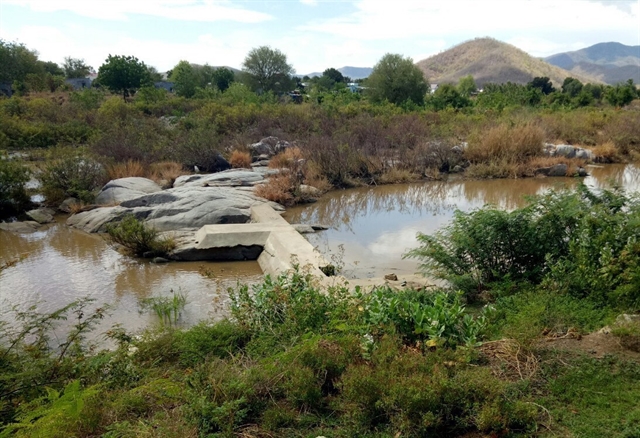 Thanks to the rains in the past few days, streamlines in Nình Thuận have got enough material for water processing plants to supply locals. VNA/VNS Photo Công Thử

Before May 26, thunder and rain appeared in various localities in the province.

The total amount of rain in Ma Nới Commune on May 27 was 85 mm and Pha River (in the same Ninh Sơn District) was more than 105 mm; in Phước Bình Commune (of Bác Ái Province) was 117 mm.

Historic drought in Ninh Thuận have 691 words, post on vietnamnews.vn at May 29, 2020. This is cached page on VietNam Breaking News. If you want remove this page, please contact us.