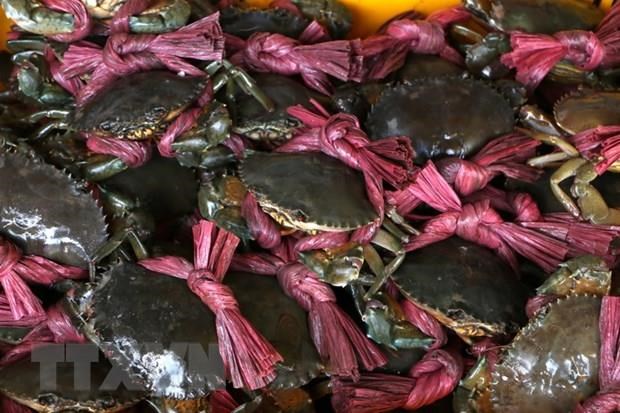 TRÀ VINH — Farmers in Trà Vinh Province are entering the mud crab harvest for Tết (Lunar New Year) and earning a high profit of VNĐ30 – 35 million (US$1,300 – 1,500) per hectare as demand is high for the coming holiday, which falls on January 25.

In the Cửu Long (Mekong) Delta province, farmers harvest three mud crab crops a year, including one for Tết, as it takes about four months from breeding until harvest.

Farmers in the province, which is one of the delta’s largest mud crab producers, breed mud crabs mostly in the coastal areas of Cầu Ngang, Duyên Hải and Châu Thành districts and Duyên Hải Town.

The province’s mud crabs are sold locally and other localities, including HCM City, and are exported.

Huỳnh Quốc Vũ, chairman of Long Hòa Commune’s People’s Committee, said many farmers in the commune had switched from breeding three shrimp crops a year to one shrimp crop and two mud crabs a year, or switched completely to breeding two to three mud crab crops a year.

The switch had offered high and sustainable incomes for farmers, he said.

Many farmers also stagger the breeding of mud crabs so they can have harvest year round to avoid an over-supply during the main harvest seasons.

Each year farmers in the province also calculate the time when they begin a new mud crab crop for Tết so they can harvest before the holiday to fetch high prices.

The province’s Department of Agriculture and Rural Development has encouraged farmers in coastal areas to breed mud crabs, including rotation of mud crab and shrimp in the same ponds, to reduce the risk of losses.

Farmers have also been encouraged to breed mud crabs under advanced extensive farming models in mangrove forests, a method that adapts to climate change and is sustainable.

Mud crabs are easy to breed, are resistant to disease, and do not require high breeding costs as they eat mostly trash fish.

With a coastline of 65 kilometres, the province has potential to develop aquaculture, including mud crab cultivation.