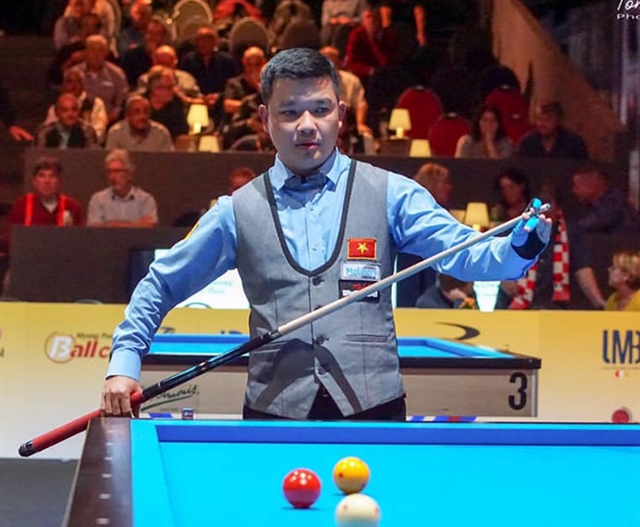 Chiến made remarkable progress in 2019. He entered the semi-final of the Veghel World Cup in the Netherlands, placed in the top 16 in Việt Nam’s World Cup and finals of the World Championship. His success pushed him from world No 57 to No 17. And he advances to the short list of competitors at the invitational 3-Cushion Survival Masters events which offers a total prize pool of US$258,600 each to high-ranked athletes.

“It is the first time I have had the chance to compete at these competitions. I am working really hard,” said Chiến.

“I also have to spend time on my physique as well, so I won’t be tired with the different time zones where the tournaments are held. I hope that I could maintain my performance.”

The first two events of the series will be in South Korea in April and May with the host cities confirmed later.

The 37-year-old will begin the new year at the Antalya World Cup in Turkey on February 17-23. He will then join teammate Trần Quyết Chiến at the World Championship National Team in Germany on March 5-8.

Chiến to take part in invitational 3-Cushion Survival Masters have 384 words, post on vietnamnews.vn at January 16, 2020. This is cached page on VietNam Breaking News. If you want remove this page, please contact us.