Hide Search
You are here: Home / VN stocks step down as confidence fades on lack of news 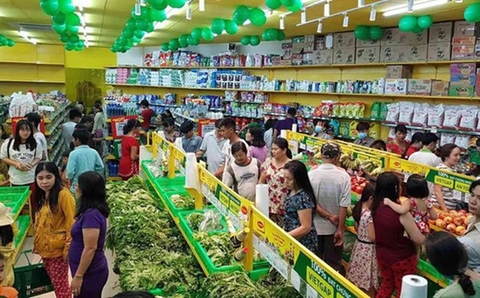 Vietnamese shares retreated on Thursday as investors were still cautious about the market’s short-term outlook amid a lack of supportive information.

The benchmark VN-Index on the Ho Chi Minh Stock Exchange fell 0.27 per cent to close at 963.27 points.

The market had gained 1.31 per cent on Wednesday.

The VN-Index was up as much as 0.37 per cent during the day to touch 970 points but selling increased towards the end of the day, pushing the index down.

Most sectors were hit by selling pressure after they had made strong gains to boost the market the previous trading day.

Thursday’s decline had been widely expected as securities firms believed the VN-Index needed time to settle before rising.

Banking, insurance, brokerage and retail stocks ended in negative territory with their sector indices dropping 0.5 per cent and 2.1 per cent.

The large-cap VN30-Index, which tracks the performance of the 30 largest stocks by market value and trading liquidity, fell 0.48 per cent to end at 879.32 points.

Mid-cap stocks were also pushed down and the mid-cap VNMID-Index inched down 0.18 per cent at the end of the day.

Caution grew on Thursday as the market lacked supportive information and investors were worried about the downtrend, Thanh Cong Securities Co (TCSC) said in its daily report.

The benchmark index would continue swinging around the 970 point level as it sought balance before heading up again, the company said.

Investors would want to lower the ratio of stocks in their portfolios to 30-40 per cent and any purchases would be made when the market showed signs of improvement, TCSC forecast.

The brokerage firm added that the target now may be banks, large-cap companies and other firms with good growth prospects.

It stepped down from a two-day increase of total 1.55 per cent.

More than 25 million shares were traded on the northern market, worth VND318 billion. — VNS