Hide Search
You are here: Home / Paris Deli caters to the sweet tooth of Hà Nội

Situated on one of Hà Nội’s most beautiful streets just across from the Opera House, a visit to Paris Deli is well worth it for the mille-feuilles alone. Nguyễn Mỹ Hà reports Located at the heart of Hà Nội within a few-minute walk from the Opera House, Hoàn Kiếm Lake, the Metropole hotel, and last but not least, the Hà Nội Stock Exchange, Paris Deli is definitely the place for anyone who wants to be seen or to see what’s going on in town. 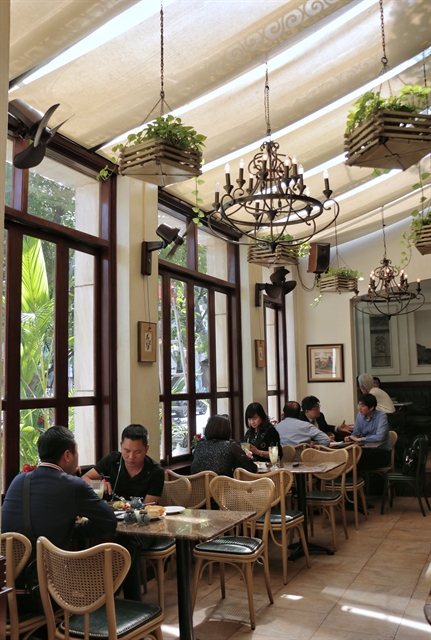 If you get a table by the window, you’ll have a great view of the Opera House across the street. VNS Photo Đoàn Tùng

Truthful to its name, Paris Deli offers a strong bakery section, which has great baguettes, creme caramel and yoghurt, just like any bakery in Paris. It’s blueberry cakes, cheese mango cakes and pear tarts to name but a few match the reputation of a Paris patisserie. When we first visited in the early 2000s when it was located on Tràng Tiền Street, it exuded an aura of the cosiness the comfort of a living room with an upright piano. Paris Deli has been at its current location on Phan Chu Trinh Street for many years, and the house signature cake, the mille-feuilles (VNĐ65,000), has never ceased to disappoint. 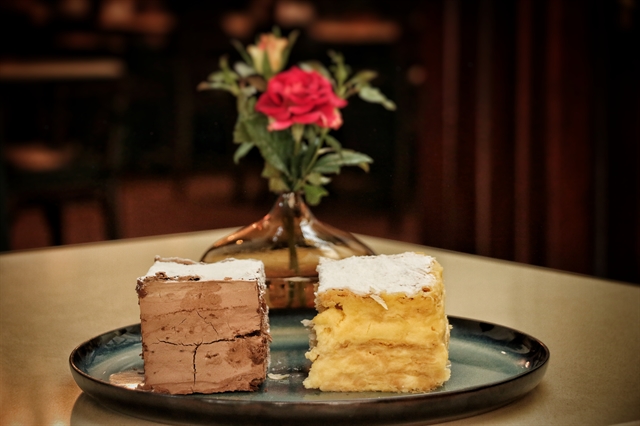 Classic: The mille-feuilles come in two flavours: pastry and chocolate cream, but the pastry is the one still in favour. VNS Photo Đoàn Tùng

The crispy fluffy golden baked puff pastry layers, three of them with vanilla pastry cream in between and icing sugar on top, make it worth a visit by themselves to enjoy with a cup of coffee. We used to grab a bowl of noodles somewhere else and then go for a date at Paris Deli, just for the cake.

As the Vietnamese economy integrates deeper into the region and the world, the expat community in Hà Nội has expanded, and more French chefs have made it their home. More mille-feuilles are available at other cafes and bakeries with French chefs, and perhaps they are more Parisian than Paris Deli’s cakes, but we stayed loyal to what we fell in love with the first time.

To be honest, the cakes are closer to what Russians call Napoleon cakes than the Parisian variety. Online sources cite that there’s no mention of a Napoleon cake in the Larousse Gastronomique, and in France, a Napoleon is a mille-feuille with an almond-flavoured cake. They also say that there’s no evidence that this cake has anything to do with Napoleon the Emperor, but in Russia, the Napoleon cake was first recorded in the first half of the 19th century.

Records show that in 1912, during the centennial celebration of Russia’s victory over Napoleon in the Patriotic war of 1812, the cake became quite popular, with the thin layers resembling the French army and the sugar on top a reminder of the heavy snow that helped Russia win that war.

Today Napoleon cakes remain one of the most popular desserts in the post-Soviet era countries, and you can enjoy them at Russian restaurants, but of course they’re not as delicious as the ones at Paris Deli. 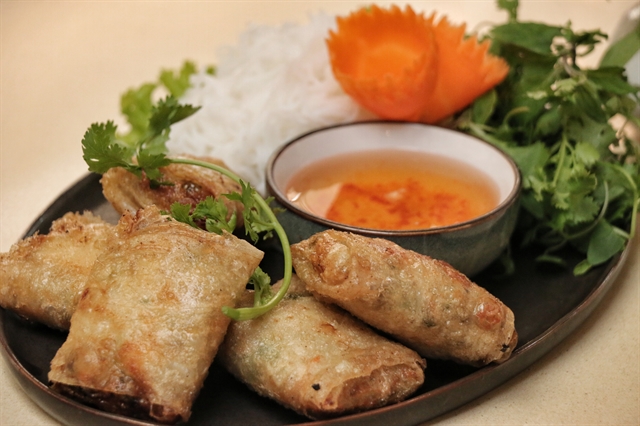 Now you can even have beef or chicken noodle soup for breakfast. In our most recent trip just a couple of days ago, our group ordered beef and chicken phở but I must say it was quite disappointing. A normal chicken breast noodle soup costs VNĐ85,000, and if you want thigh meat it soars to VNĐ150,000. But if you’re new in town and you like white meat, then this is the soup for you. 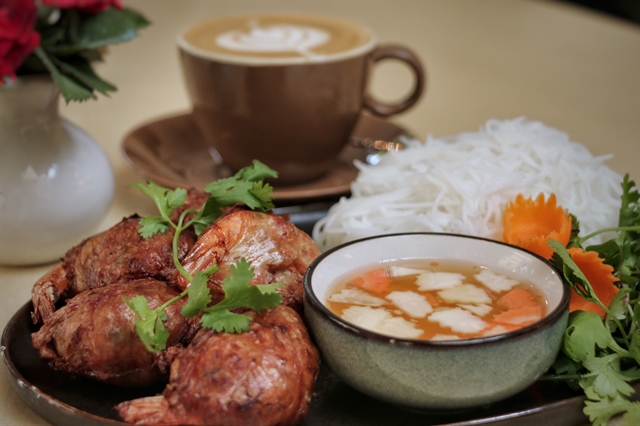 For lunch, the menu has more Vietnamese food to offer. We had shrimp paste noodles (VNĐ169,000) which was one of the best I’ve had in town.