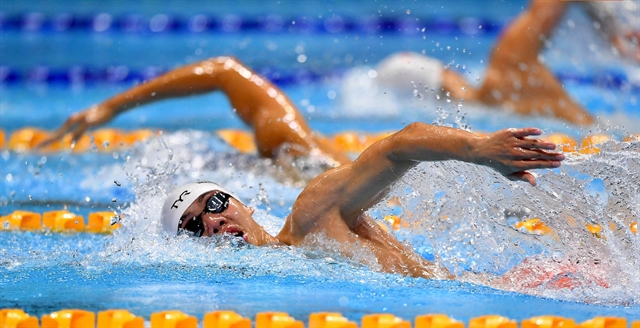 Hoàng smashed the field in the men’s 1,500m freestyle in a time of 14min 58.14sec, more than 17 seconds ahead of Aflah Fadlan Prawira of Indonesia and his Vietnamese compatriot Nguyễn Hữu Kim Sơn, who finished in 15:18.87.

Hoàng smashed the old record of 15:20.10 he set two years ago in Malaysia.

He also reached the Olympic A standard time of 15:00.99 to earn a berth to compete at the Tokyo Olympics next year.

Hoàng has also qualified for 800m freestyle at the World Championships in South Korea in October.

“Breaking my own record is great. It is a sweet result I have earned after working very hard to prepare for the Games,” said Hoàng.

“It is time I contributed to the country and push myself,” he said.

Việt Nam’s team leader Trần Đức Phấn said: “The coaches told me he could win gold and an Olympic spot prior to the Games. He is a special athlete.

“He will receive more support to go to the next level. I believe Hoàng can do something in Tokyo.”

“I am happy because it is my first time at the SEA Games and I’ve won gold,” said Nguyên.

“I was nervous but my coaches did a good job to lift me up. This gold was not part of my plan,” added Nguyên, who confirmed that he would race in the men’s 400m medley later.

In the pencak silat event, the first gold for Việt Nam on Thursday went to Trần Thị Thêm.

It was revenge for the Vietnamese artist who was beaten by Jeni at the Asian Martial Arts Games in August in Thailand.

Another gold went to fencer Nguyễn Tiến Nhật who triumphed in the men’s individual epee event. He defeated Malaysian Koh I Jie 15-5 in the final.

“The second set (of semi-final) was very tough. (There were) a lot of ups and downs so I am very happy to get the win,” said Nguyễn after beating Alberto Lim of the hosts 6-3, 6-4.

“This win is for my country, my family and myself. I just want to make my country proud so I keep fighting.

“I am excited to be in the final. Nam is a great player. We both play for the country so we will play at our best tomorrow,” he said.

On the other side, Nam who came from behind to beat Filipino Jespn Ysores Patrombom 5-7, 6-1, 6-3, said: “I am really happy to be in the final for the first time.

“The last SEA Games I lost to a Thai player in the semi-final, missing my chance to win gold. I was under pressure today and lost the first set, but I found my form and managed to win.

“Daniel has been playing professional tennis longer than me. He is more experienced than me. I have lost to him twice. I have nothing to worry about. We will both try our best and it will be a great match,” he said. VNS 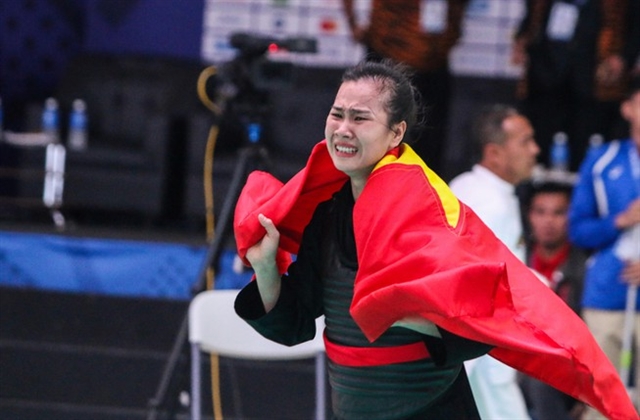 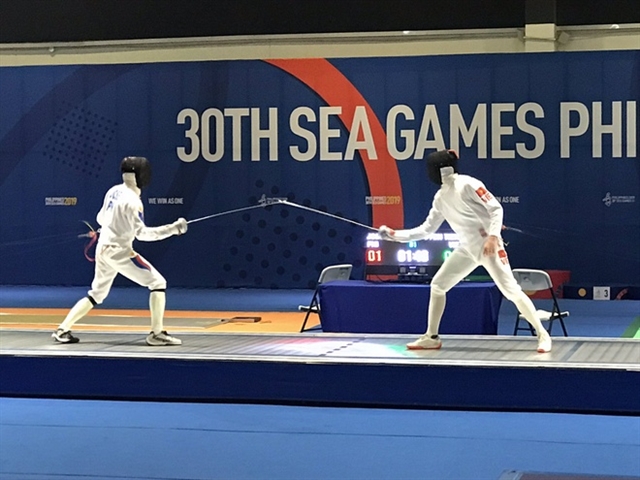