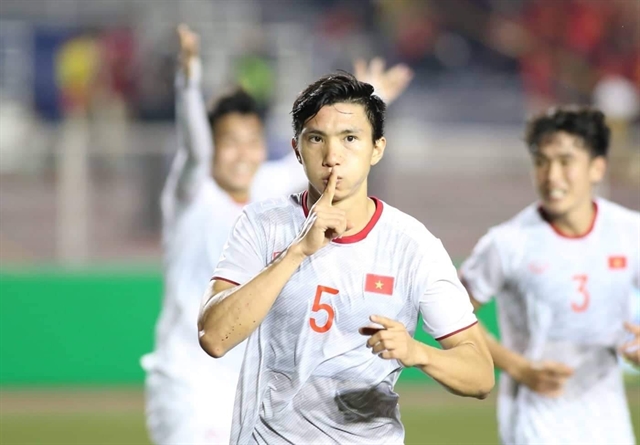 HÀ NỘI The dreams of millions of Vietnamese football fans came true after decades of hurt and false dawns tonight, as the men’s team won their first ever gold medal at the Southeast Asian Games.

The U22 team made history by thrashing Indonesia 3-0 in the final at the Rizal Memorial Stadium in Manila, the Philippines.

Coach Park Hang-seo named a largely unchanged side from the team that defeated Cambodia in the semi-final on Saturday, with Hồ Tấn Tài coming in for Đỗ Thanh Thịnh.

Despite the vocal support of the large contingent of Vietnamese fans at the ground, Việt Nam started slowly, though striker Hà Đức Chinh almost opened the scoring with a smart turn and volley that went just wide 15 minutes in.

Ten minutes later Indonesia suffered a blow as overage midfielder Evan Dimas limped off injured and was replaced by Syahrian Abimanyu after being caught by Đoàn Văn Hậu.

The all-important opening goal came in the 39th minute from a free-kick that Chinh won deep in Indonesia territory down the left. 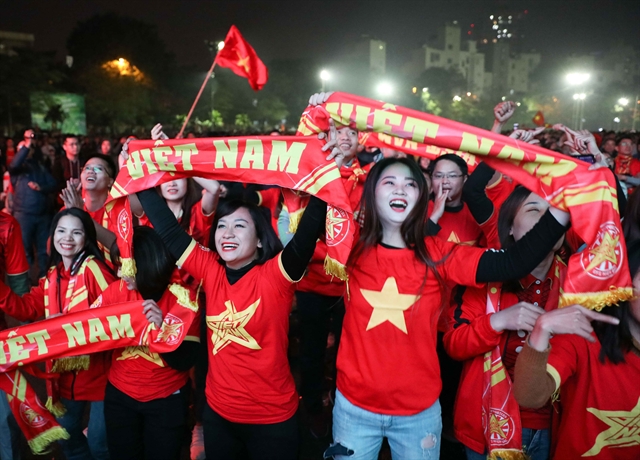 Đỗ Hùng Dũng, wearing the captain’s armband in place of injured skipper Nguyễn Quang Hải, stepped up and delivered a peach of a ball into the box, allowing defender Hậu to rise above everyone and head home.

Scoring first was crucial for Việt Nam, as falling behind early in their group stage encounter on December 1 gave the Vietnamese a mountain to climb on their way to a 2-1 win.

They almost made it two on the stoke of half-time, but Nguyễn Tiến Linh couldn’t keep his shot down after a smart cutback from Dũng.

The second half started slowly, but in truth Việt Nam were in command, with Indonesia offering little going forward.

The second goal came in the 59th minute as Linh returned the favour for Dũng and laid it off for the midfielder, who steered a clinical finish into the corner.

Fittingly, Hậu applied the finishing touch 14 minutes later after getting the party started in the first half.

In the 73rd minute, Dũng’s teasing free-kick evaded all outfield players and was palmed away by Indonesia goalkeeper Nadeo Argawinata, straight into the path of Hậu, who gleefully fired the ball into the net.

With the victory sealed that seemed to be that, but there was time for late drama as coach Park was sent off four minutes later, leading to a bizarre sequence where various officials debated where in the stands he could sit for the final 10 minutes or so.

Indonesia had their best chance a minute later as Egy Maulana was played through, but goalkeeper Nguyễn Văn Toản saved the effort, and the follow-up was cleared off the line.

The final whistle blew shortly afterwards, sending the nation into ecstasy and onto the streets to celebrate yet another achievement by this remarkable group of young men and their coach. VNS 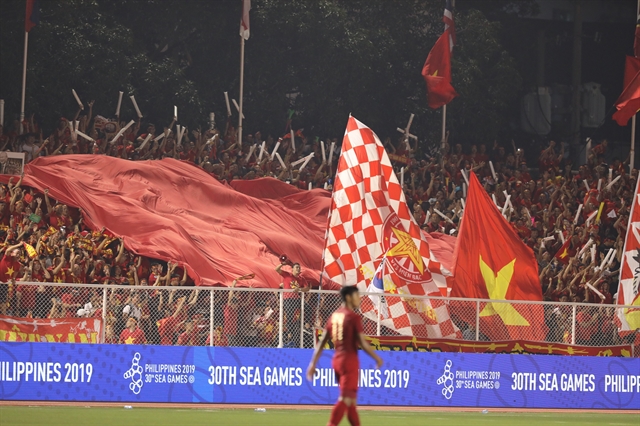 Historic win for Việt Nam in SEA Games football have 677 words, post on vietnamnews.vn at December 10, 2019. This is cached page on VietNam Breaking News. If you want remove this page, please contact us.