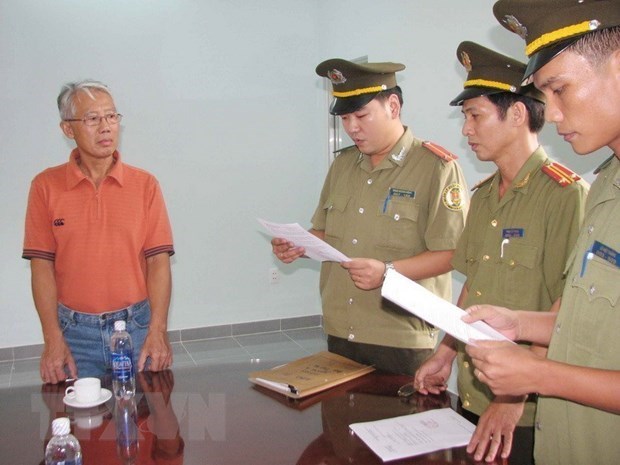 Police officers on May 18, 2009 announced a decision to deport Viet Tan member Nguyen Van Be, a Vietnamese in Australia. (Photo: VNA)

Hanoi (VNA) – The Viet Tan terrorist organization has made use of the internet, especially social media, to conduct propaganda and entice people to join its disguised groups on the internet.

Under the cover of making social criticism and struggling for democracy, national sovereignty and territorial integrity, those groups in fact spread distorted information on the Party and State's policies and guidelines in order to spur the hostile attitude among a part of the people.

Making use of East Sea situation to undermine the administration

Recently, using the complicated developments in the East Sea after China brought its survey vessels into Vietnam's exclusive economic zone, Viet Tan coordinated with other reactionary groups and associations to hold a series of demonstrations in many countries in order to incite its members and political opportunists in Vietnam to intensify sabotage activities.

Viet Tan issued a document so-called Instruction No1 regarding China's Haiyang Dizhi 8 vessel, which instructed Viet Tan chapters to cooperate with community groups to stage regular demonstration in front of representative missions of China and Vietnam in countries. It said this is a long-term activity to spur anti-China and anti-administration spirit among Vietnamese people.

Viet Tan also called on Vietnamese both in Vietnam and other countries to take to the street to protest China and support the so-call "struggle for human rights in Vietnam".

Viet Tan used various web pages or You Tube and Facebook accounts to carry images and information to call for people in Vietnam to join anti-administration activities.

Priest Nguyen Van Hung, who leads the Viet Tan organization in Taiwan (China), used his preaching sessions and personal social media account to falsely allege that functional forces and media in Vietnam do not dare to struggle for national sovereignty, and keep silent at China's invading acts.

Viet Tan worked with other reactionary organisations to lobby for protest against the approval of the EU-Vietnam Free Trade Agreement.

Along with sabotaging schemes on an increasingly big scale, Viet Tan continues to strengthen its organization and expand membership targeting young people. It also promotes fund-raising activities and lobbies governments of countries to interfere in Vietnam's affairs and put pressure on Vietnam under the name of democracy and human rights. 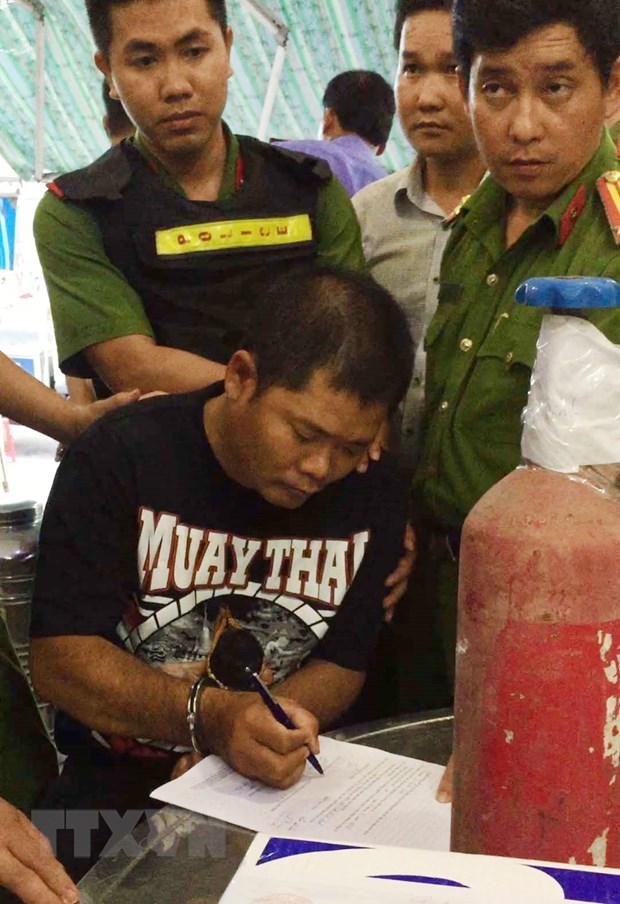 Viet Tan also tried to promote its image among young people in Japan, the US, Canada, France and Germany with the aim of expanding its membership.

To raise funds, Viet Tan encourages members to pay a life-time membership fee of 2,400 USD, and works to win support of overseas Vietnamese entrepreneurs. It has held fund-raising events in California and Georgia (the US), and the UK.

In August this year, based on recommendations of the Financial Action Task Force (FATF) on anti-money laundering and combating terrorist financing, and the Asian Development Bank, Vietnam's Ministry of Public Security announced a list of organisations and individuals with connections with terrorism or financing terrorism, with Viet Tan among them.

Each official, Party member and Vietnamese should be aware of the true face and the dangerous schemes of Viet Tan and uphold vigilance in order not to fall for their tricks./.

What’s new in Viet Tan’s schemes? have 806 words, post on en.vietnamplus.vn at November 26, 2019. This is cached page on VietNam Breaking News. If you want remove this page, please contact us.