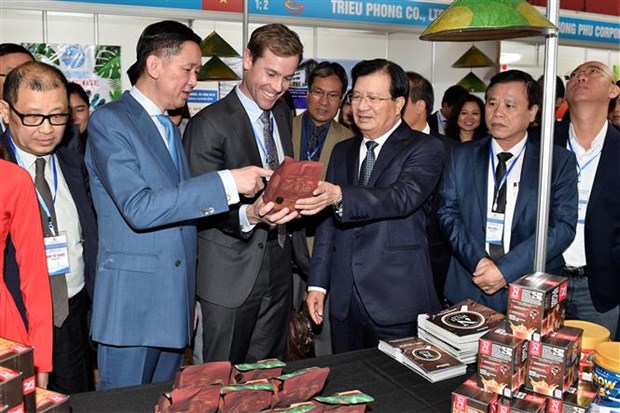 He called on firms to grasp the chances to bolster investment and trade in a bid to double two-way investment.

Vice Chairman of the HCM City People's Committee Tran Vinh Tuyen said the event is designed to help firms from the city bolster cooperation and connections with their Australian counterparts.

Through the event, HCM City is ready to welcome products from Melbourne and Victoria, with the aim of making the two sides become significant trade partners, he added.

Australia is currently Vietnam's eight leading trade partner, while HCM City has attracted many investors from the country. To date, Australia n firms have channelled 197.3 million USD into 197 projects in Vietnam's southern economic hub, mostly in industry and services.

Event promoting Vietnamese goods held in Australia have 329 words, post on en.vietnamplus.vn at November 28, 2019. This is cached page on VietNam Breaking News. If you want remove this page, please contact us.