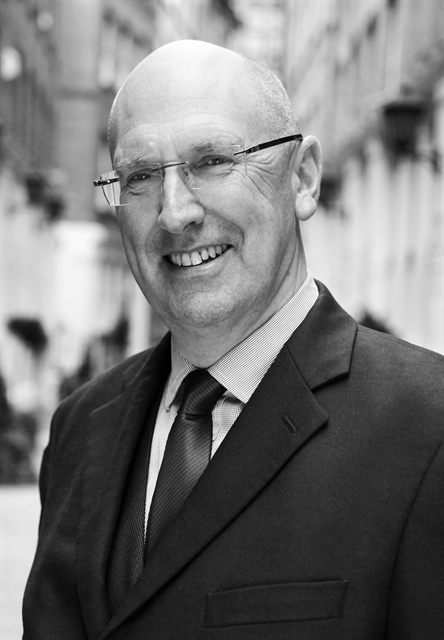 Whichever way you look at them, Việt Nam’s Key Performance Indicators tell a compelling investment story. Against a backdrop of social stability and Government that is highly supportive of business, Việt Nam is set to continue its multi-year run of 6-7 per cent annual GDP growth. And, where South Korea and other Asian peers might be wincing from drops as large as 10 per cent, Việt Nam has enjoyed an 8 per cent year-over-year increase in export growth.

These are indeed figures to conjure with, but anyone needing further proof of Việt Nam’s growing stature would have to look no further than the stunning rise of foreign investment. In 2018, foreign direct investment (FDI) into Việt Nam rose by 9.1 per cent year over year to hit US$19.1 billion, marking this dynamic country’s sixth record year for FDI in a row. Almost 1,400 new FDI projects had been registered by the summer of 2019, which was up nearly 70 per cent on the prior year. The waves of capital keep flooding in.

Việt Nam has followed China’s lead (from back in the late 1990s) by pursuing a “stable đồng” policy that has done much to encourage foreign investment. But the Government’s commitment to keeping the currency on an even keel is just one among many factors that have turned – and kept – the capital taps fully turned on.

The prospect of leveraging a young, well-educated and highly motivated workforce at competitive wage rates is naturally a very attractive one, and particularly so where economic and social stability is also assured. Việt Nam’s economy is on track to continue growing at 7 per cent every year, and the benefits of this boom have been widely felt. In contrast to less happy places in the region, housing and living costs are reasonable and continue to track down as a proportion of wages.

The Vietnamese Government has been incredibly supportive of business on both the small and large scale, and on the domestic and international fronts. Entrepreneurship and innovation are thriving under Việt Nam’s ‘Startup Nation’ initiative, which is targeting 1 million new enterprises by the end of next year, and, at the same time, the country has been busily forging international trade deals that are now set to bear serious fruit.

Last year saw the inking of the Comprehensive and Progressive Agreement for Trans-Pacific Partnership (a free trade agreement between Australia, Brunei, Canada, Chile, Japan, Malaysia, Mexico, Peru, New Zealand, Singapore and Viet Nam) and this summer saw the long-awaited EU and Việt Nam Free Trade Agreement signed. This pact has been hailed by the EU as “the most ambitious free trade deal ever concluded with a developing country” and will pave the way for tariffs to be lifted on 99 per cent of goods between the two.

Perhaps just as important are the rapid improvements being made to Việt Nam’s legal and business framework as part of these deals, greater protection of intellectual property rights being one important example. The Vietnamese Government couldn’t be more committed to raising the country’s standing on the world stage.

So where is all this foreign investment going, and where does it come from?

The workshop of Asia

Việt Nam’s meteoric rise as a manufacturing hub off the back of increasing costs in China has been hard to miss, so it is perhaps no surprise that manufacturing and processing receive almost three-quarters of FDI currently (about $11 billion last year). This ascendancy looks sure to continue amid the US-China trade war and the massive investments being made into Việt Nam’s infrastructure.

Real estate is also seeing foreign inflows of more than $1 billion a year which can only rise as tourism to Việt Nam increases and infrastructure improves. Close behind is retail and wholesale investment, a market which is expected to reach $180 billion by next year as a result of Việt Nam having one of the fastest growing middle classes in Asia. By 2020, many expect that it will have in fact doubled in size in just a decade to include 33 million people. That is a lot of people ready to deploy – and enjoy – their new-found affluence.

Those sectors are just the top three, and there is a long and diverse tail of booming FDI recipients potential investors should have in mind – science and technology being a major one. Just as diverse are the sources of this capital. Although investment from Hong Kong, South Korea, Singapore, China and Japan are all big investors. Serious money is also coming from outside Asia too: Swedish furniture giant Ikea plans a $450 million retail centre and warehouse system in Hà Nội, while America’s Universal Alloy Corporation and Alton International Enterprises have received the green light for production centres in Đà Nẵng. The roll call of cities and provinces becoming destinations for international investment just grows and grows.

If all this seems amazing, please bear in mind that these are just a few strands of the narrative. Việt Nam’s investment story is as multi-faceted as it is compelling.

Incredibly, however, the whole thing seems to be passing many by. I have been firmly settled in Việt Nam for several years now, but when I do take trips back home, it never fails to surprise me just how outdated most people’s notion of Việt Nam is – even those who profess to be very internationally-minded business people. They may see the stellar growth, but not necessarily all the measures being put in place to support and sustain it long term. They may appreciate the country’s manifest dynamism, but not the diligence with which its future is being built up.

That should spell opportunity to any ambitious investor – wherever in the world they may be.

* Brian Spence is managing partner of S&P Investments. He has more than 35 years of experience in the UK financial services industry as an investment manager, financial planner and M&A specialist. He is a regular contributor to the UK financial press and has a deep understanding of the financial services community. Brian’s column will reflect on all the challenges and opportunities within the Vietnamese market, bringing a fresh perspective to today’s hottest issues. The columnist’s email address is [email protected]

Why foreign investors are feeling the time is right to flock to Việt Nam have 1181 words, post on vietnamnews.vn at October 25, 2019. This is cached page on VietNam Breaking News. If you want remove this page, please contact us.