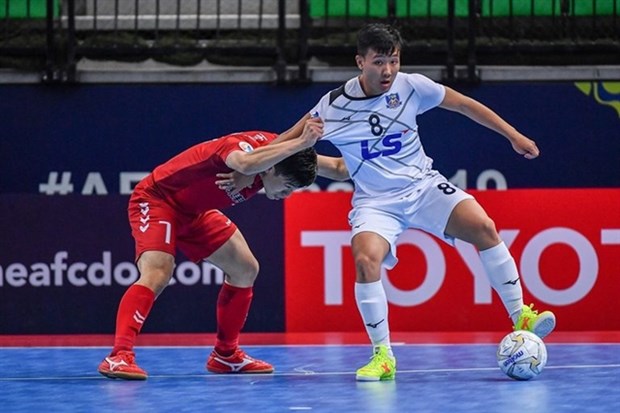 Tri and Huy are scheduled to join the Japanese club from November 4 with their contracts lasting until January 12, 2020.

Yokohama FC currently play in the J.League 2 in Japan and are targeting promotion to the top league in the near future.

With nine matches played in the season so far, the Japanese club currently top the table with 25 points, three points above the team in second place. In total, the J.League 2 consists of eight teams.

The Vietnamese players have taken part in the recent AFC Futsal Club Championship held in Phu Tho Gymnasium in Ho Chi Minh City in which they helped Vietnam rank third and progressed to the AFC Futsal Championship 2020 Finals.

"This is a good chance for Vietnamese players to hone their skills and gain experience. In the future, Vietnamese players will continue to leave for Spain to compete," said Tran Anh Tu, Chairman of the Thai Son Nam Futsal Club ./.

Thai Son Nam Futsal Club’s players to compete for Yokohama FC have 247 words, post on en.vietnamplus.vn at October 31, 2019. This is cached page on VietNam Breaking News. If you want remove this page, please contact us.