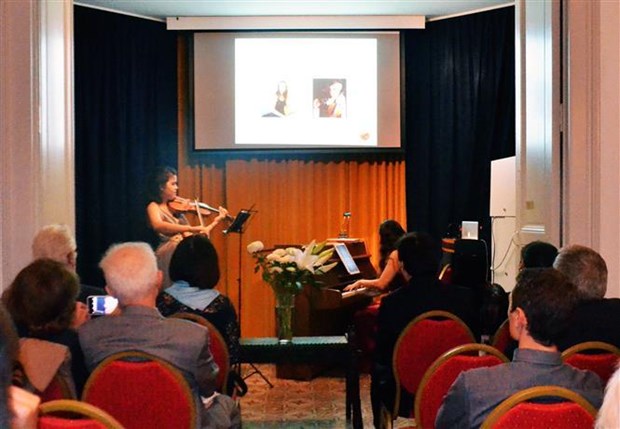 In 2009, Quy received the award from Switzerland-based Patrimoine & Gestion SA fund at the Swiss embassy in Hanoi.

He has been known for having written nine sonatas for violin and piano and was referred to as "Vietnamese Beethoven".

His Sonata No.5 and No.8 were performed by pianist Marie-Anouch Sarkissain and violist Ken Lila Ashanti, followed by performances of Vietnamese's dan bau (monochord) artist Ta My Hanh and members of a Vietnamese community in Geneva.

Music show marks 10 years of Vietnamese composer’s Swiss recognition have 296 words, post on en.vietnamplus.vn at October 12, 2019. This is cached page on VietNam Breaking News. If you want remove this page, please contact us.