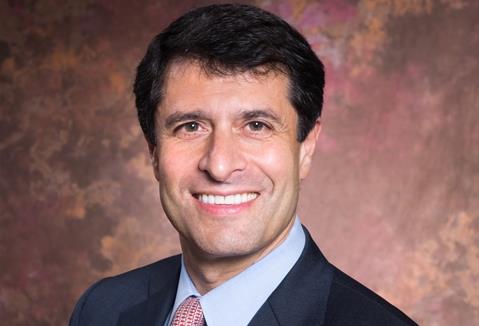 On the sidelines of the “Fitch on Viet Nam” event held in Ha Noi on Tuesday, Stephen Schwartz, head of Fitch Ratings’ Asia-Pacific Sovereigns, talks with Viet Nam News reporter Thu Ha about the impacts of the revision on Viet Nam’s economy and key drivers to help the country sustain its growth momentum.

Why did Fitch Ratings decide to revise Viet Nam’s sovereign outlook to positive from stable?

Fitch’s revision of Viet Nam’s sovereign outlook to positive from stable on May 9 was based on the improving track record of economic management. In particular, Government debt continues to decline and external buffers are strengthening from persistent current account surpluses.

Viet Nam also continues to register high GDP growth rates with stable inflation. We project GDP growth of 6.7 per cent in 2019 and 2020, which would place Viet Nam among the fastest growing economies in the Asia-Pacific region.

Viet Nam remains successful in attracting foreign direct investment in the export-oriented manufacturing sector. We expect this trend to continue given the country’s low cost advantages and its strong global supply-chain linkages.

Escalating trade tensions pose a risk to the external outlook. However, Viet Nam may partially benefit from some relocation of firms’ manufacturing from China to Viet Nam, although this may take a long time to materialise.

What pressing issues need to be resolved in the short-term to ensure the country doesn’t fall back from its positive sovereign credit outlook?

The following would be potentially negative for the rating: a shift in the macroeconomic policy mix that results in macroeconomic instability or an increase in macroeconomic imbalances, depletion of foreign-exchange reserves sufficient to destabilise the economy or hurt foreign investment, or a crystallisation of contingent liabilities on the sovereign’s balance sheet.

What advantages does the country have to maintain its attraction and sustain its growth momentum?

Large FDI inflows into the export-oriented manufacturing sector remain a key growth driver. One of Viet Nam’s advantages in attracting FDI is its low cost of production.

What are Viet Nam’s prospects compared with other ASEAN economies?

Viet Nam is well positioned among ASEAN economies when it comes to growth prospects given its favourable demographics in the coming years, and high investment rates.

Viet Nam’s low cost of production and strong linkages to global supply chains is a strength and should continue to attract foreign direct investment into the country.

Many headwinds are challenging the global economy and Viet Nam is not immune. What are the main concerns for the country’s economy? What is key to its economic success in 2019 and the coming years?

A weaker external environment is a risk to the outlook, given Viet Nam’s high degree of trade openness. We expect weaker external demand to lead to a modest narrowing of the current account surplus in 2019 and 2020 from its 2018 level, along with somewhat weaker growth of 6.7 per cent in 2019 from 7.1 per cent in 2018.

Factors that could be positive for the credit rating are an improvement in public finances reflected in a decline in the general government debt ratio or contingent liabilities, a material reduction in risks posed to the sovereign balance sheet from weaknesses in the banking sector or a continued commitment to macroeconomic stability and a further build-up of external buffers.

Viet Nam is targeting to move from a frontier to an emerging market economy. In your opinion, what should the country do to achieve this ambition?

Our understanding is that equity and bond market index inclusion and policies to attract sustained foreign investment will over time support Viet Nam’s ambition to achieve emerging market status. — VNS

Large FDI inflows to make Viet Nam among APAC's fastest growing economies have 786 words, post on bizhub.vn at June 13, 2019. This is cached page on VietNam Breaking News. If you want remove this page, please contact us.