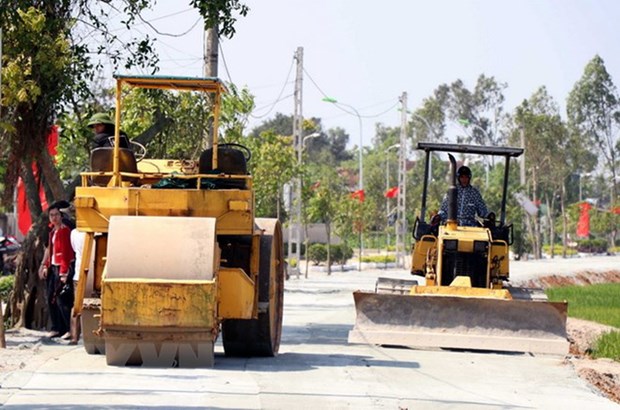 Thai Nguyen (VNA) – From the poorest community in a rural commune in northern Thai Nguyen province, To Village has been given a facelift thanks to the project namely Saemaul Undong funded by the Republic of Korea since 2014.

The Saemaul Undong, also known as New Community Movement or New Village Movement, is a political initiative launched in the RoK in 1970 to modernize the country’s rural economy.

The Saemaul Global Foundation (SGF) piloted the model in To Village, Phuong Tien commune, Dinh Hoa district, where 90 percent of the population are Tay ethnic minority people, 4 years ago. Since then, the project has helped build rural infrastructure, improve living conditions for the villagers and raise their income.

The project has supported the village to build a 700-sqm cultural house to host the locals’ social activities, a community library, a small radio station and a recreational area.

It has also provided building materials to concrete more than 2 km of rural roads so the villagers here would not be worried about travelling on muddy roads during rainy days.

Furthermore, millions of VND have been provided to the local people to develop new livelihoods like rabbit farming and clean rice vermicelli production using modern equipment. The village now has three rabbit farms of 400 sqm, breeding 700 – 800 rabbits each.

The model is very effective, said Nguyen Van Du, Director of the Saemaul rice vermicelli cooperative in the village. He expects the model will be scaled up across the commune to form a larger supply chain and his products will gain popularity on the market.

The SGF has also assisted local farmers to make use of the hilly lands to grow fruit trees, such as guava, lime, apple and pomelo. Sixteen local households have received training in how to raise goats.

The project has contributed to creating jobs for many villagers and improving their living standards, said Bui Van Cuong, head of To Village. Its biggest success is to get the people inspired by the Saemaul spirit, change their ways of thinking, and make them stay united to do business and build a new rural community.

In Vietnam, the Saemaul Undong was first piloted in Rung Van village of La Bang commune in Thai Nguyen’s Dai Tu district, by the RoK’s Gyeongsangbuk-do province in 2007. It has been implemented in three villages in Thai Nguyen and others across Bac Ninh, Ninh Thuan, Thua Thien-Hue, and Hau Giang.

Thai Nguyen has piloted the Saemaul model in nine communes with its own funding of 2 billion VND per commune per annum. The province aims to have 50 villages that meet the Saemaul-based new rural community by 2020. –VNA