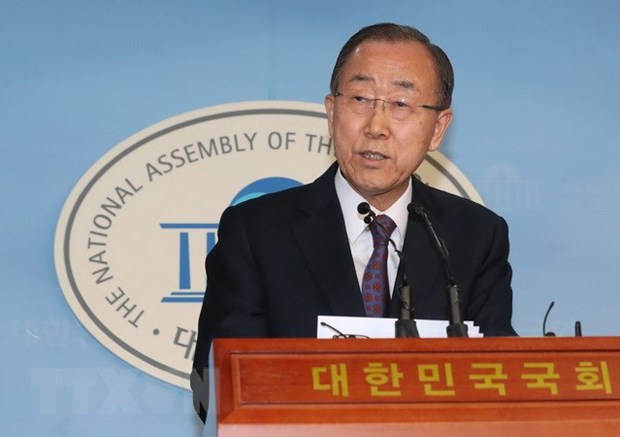 Former Secretary-General of the United Nations (UN) Ban Ki-moon ​is elected as Chairman of the Boao Forum for Asia (BFA) on April 9. (Photo: EPA/VNA)

Ban Ki-moon is a veteran diplomat of the Republic of Korea and he served as the 8th UN Secretary-General. Earlier, he assumed the role of RoK Minister of Foreign Affairs.

The BFA, which runs from April 8 to 11 in Boao, a town in the southern island province of Hainan, is an important forum. This year's event, themed "An Open and Innovative Asia for a World of Greater Prosperity", brings together more than 2,000 leaders from Governments, businesses and academia to discuss the future role of Asia.

Challenges encountering Asia from security to environment and from competitiveness and globalisation process to rising protectionism require Asian economies to find effective response. The participants are discussing measures to address the challenges, helping improve economic growth in an open and innovative manner.-VNA

Former UN chief elected as Chairman of Boao Forum for Asia have 296 words, post on en.vietnamplus.vn at April 9, 2018. This is cached page on VietNam Breaking News. If you want remove this page, please contact us.