Hefner created Playboy magazine over six decades ago, riding the wave of the “sexual revolution” of the 1960s and 1970s with an approach that combined of pictures of nude women with feature articles and interviews. The Playboy brand would go on to bring sex into the mainstream conversation and help define sexual culture in the second half of the 20th century.

Hefner was also known for his hedonistic lifestyle. For decades, he hosted parties attended by celebrity guests at his elaborate Playboy mansions, first in Chicago and then in Los Angeles.

Even in his old age, he was characterized as an oversexed playboy dressed in silk pajamas and slippers who smoked a pipe and lived with an array of, generally blonde, women.

Hefner was born in Chicago on April 9, 1926. His devout Methodist parents never showed “love in a physical or emotional way.”

“Part of the reason that I am who I am is my Puritan roots run deep,” he told the Associated Press in 2011. “My folks are Puritan. My folks are prohibitionists. There was no drinking in my home. No discussion of sex. And I think I saw the hurtful and hypocritical side of that from very early on.”

Hefner started publishing a neighborhood newspaper when he was nine years old for a cent per copy. He enjoyed drawing comic books and as a teenager began reading Esquire magazine, which would he would later use as inspiration. 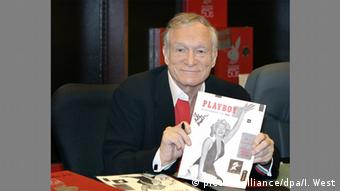 He reinvented himself in high school when he was rejected by a girl he had a crush on. He began calling himself “Hef” instead of “Hugh” and began writing a comic book. Those comics evolved into a scrapbook that spanned more than 2,500 volumes in 2011, a Guinness Book of world record for a scrapbook collection.

“What I created came out of my own adolescent dreams of fantasies,” he said in an interview with American broadcaster CNN in 2011. “I was trying to redefine what it meant to be a young, urban unattached male.”

After writing for Esquire magazine, Hefner worked in the circulation magazine for Children’s Activities magazine as he was gearing up to launch Playboy . He and Playboy cofounder Eldon Sellers launched playboy from Hefner’s kitchen in Chicago. The first issue was released in December 1953 and featured naked photos of Marilyn Monroe – taken years earlier.

When Playboy was first published, American states could legally ban contraceptives. The word “pregnant” was banned from the famous 1950s American television series “I Love Lucy.”

Playboy , published monthly, changed the idea of sex, fueling the “sexual revolution.” The magazine’s bunny silhouette became iconic, and circulation grew from 200,000 in 1954 to over 1 million in 1959. By the 1970s, the magazine had over 7 million readers and inspired such competitors as Penthouse and Hustler . 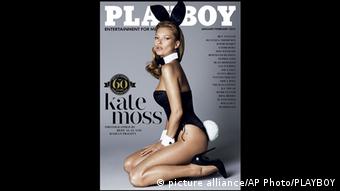 Hefner’s magazine received attacks from the right by those against the naked pictures and from the left by feminists who said it reduced women to objects. In 1963, he was acquitted of obscenity charges for circulating photos of disrobed celebrities.

Hefner also ran a series of Playboy nightclubs, with “bunny” waitresses wearing uniforms with bow ties, puffy cotton tails and rabbit ears. He also hosted various television series, including “Playboy After Dark” from 1969-1970 and the reality series “The Girls Next Door” from 2005-2010.

He ran the magazine from his mansion in Chicago. He later bought another mansion in Los Angeles, commuting between the two in a private jet he called “The Big Bunny.” Legions of male celebrities would gather at his mansions to mingle among the young Playboy models.

The playboy behind Playboy

Hefner’s bunny obsession came began with figures that decorated a childhood blanket. He took part in the life he espoused, enjoying stag films, strip poker and group sex. By his own account, he had sex with over a thousand women, many of whom featured in his magazine.

After a minor stroke in 1985, he made his daughter, Christie, chief executive officer, but retained 70 percent of Playboy stock and continued to choose every month’s Playmate and cover shot. Christie Hefner gave the business a makeover before stepping down in 2009. Hefner’s son, Cooper, assumed a major role at the company in 2014.

In a 1992 interview with The New York Times in 1992, Hefner was asked what he was proudest of and replied: “That I changed attitudes toward sex. That nice people can live together now. That I decontaminated the notion of premarital sex. That gives me great satisfaction.”

Playboy magazine founder Hugh Hefner dies, aged 91 have 1663 words, post on www.dw.com at January 28, 2017. This is cached page on VietNam Breaking News. If you want remove this page, please contact us.