More evidence that President Obama is in electoral trouble

By Brian Darling for the Daily Mail 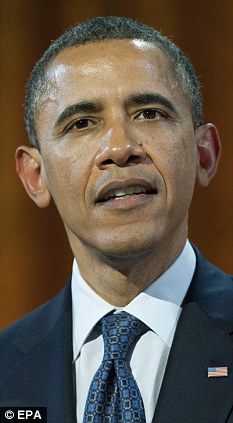 A study of traditionally democratic states shows that the economic problems in these states may lead voters to reject the President on Election Day in November.

In closely divided states, the news is also bad for President Obama.

The marriage issue may complicate Obama’s efforts for a second term as President of the United States, yet economic issues may be impossible for Obama to overcome.

John Merline at Investor’s Business Daily writes that ‘when it comes to the economic recovery, there has been a clear difference.

More from Merline, ‘IBD compared average job growth, unemployment, changes in housing prices, per capita income and GDP growth, and gas prices for the 22 states that voted for John McCain in 2008 and the 28 states that voted for Obama. On every indicator but one, blue states have done worse, on average, than red states.’

It is going to be hard for President Obama to tout an economic recovery under his leadership if these numbers don’t change dramatically by election day.

Obama also did not fare well in swing states that will be closely divided this fall. 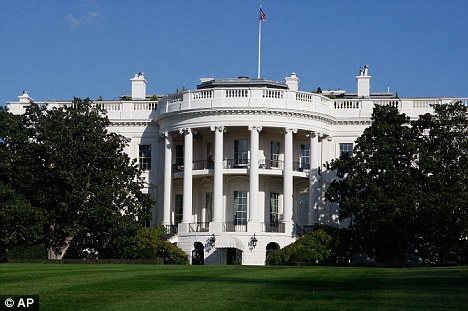 Figures: Mr Obama’s bid for the White House could be denied by voters concerned at economic problems in states

‘In addition, IBD looked at the economic performance of 11 states that Real Clear Politics lists as tossups for the 2012 presidential election.

‘Many of these purple battleground states have fared far worse than the country as a whole during the past three years.’

The election is going to come down to whether Republicans or Democrats win the closely divided swing states and Obama is in deep trouble today.

The index edged up by 0.03% in conservative states. Nationwide, it was down 2.4%, according to the Federal Housing Finance Agency’s House Price Index. Over the past five years, housing prices in red states fell 7.5%, but by 18.5% in blue states.

More from Brian Darling for the Daily Mail…

Real Clear Politics has President Obama up by an average of 1.5%, yet he can’t seem to break 50% in this average of national polls.

An incumbent President should be much higher in the polls this early in a campaign.

Rasmussen polling has the President at only 45% versus former Massachusetts Governor Mitt Romney at 49%.  Current polling data is not all that friendly to the idea of a second term for President Obama.

Furthermore, the President’s surprise announcement that he supports gay marriage is expected to hurt him.

Swing state North Carolina just voted 61% to 39% for traditional marriage, becoming the 31st state where voters have voted for marriage to be between one man and one woman.

In every single state where there has been a vote on the issue of traditional marriage, it has passed.  This issue is politically damaging to Obama.

Clearly, the economy is the primary issue voters will judge whether President Obama deserves as second term, yet the marriage issue may motivate socially conservative voters to help defeat Obama.

The President is in deep electoral trouble right now.

There is a long way to go before election day and things may change.

Yet there are some dangers signs on the economy and social issues that will make it difficult for President Obama to garner enough support to win this fall.

More evidence that President Obama is in electoral trouble have 1012 words, post on www.dailymail.co.uk at May 10, 2012. This is cached page on VietNam Breaking News. If you want remove this page, please contact us.